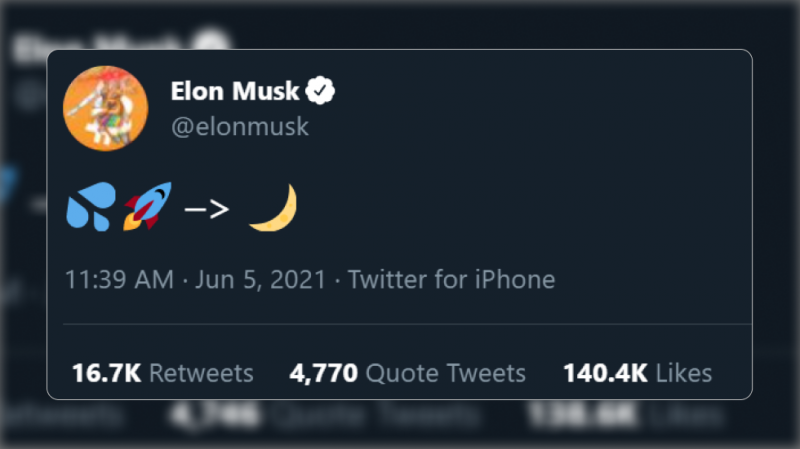 Infamous for his market-rattling tweets about dogecoin and bitcoin, the billionaire appears to have once again caused blockchain-related mayhem… but adult-themed, this time.

Although Musk offered no explanation for what he meant by the symbols – a water-like emoji next to a rocket, with an arrow pointing towards the moon – it seems Twitter users didn’t waste time interpreting the post as financial advice.

“Is this a sign to go all in on cumrocket?” read one reply.

Operating on the Binance Smart Chain, cumrocket is described in its white paper as a “deflationary” token that “rewards holders and punishes sellers.” The developers hope that the coin will be used to buy, sell, swap and collect “exclusive 18+ content” on the blockchain.

The tweet caused the cryptocurrency to skyrocket, with its price reportedly pumping by more than 90% in one hour.

The coin’s official Twitter account even responded to Musk, asking if it could advertise on one of Musk’s SpaceX rockets.

However, not everyone thought it was funny, with many complaining that Musk was again engaging in clear market manipulation.

On the same day, Musk posted a tweet suggesting that he had fallen out of love with bitcoin, sparking accusations that he was irresponsibly toying with the crypto market. After the tweet, bitcoin fell over 3%.