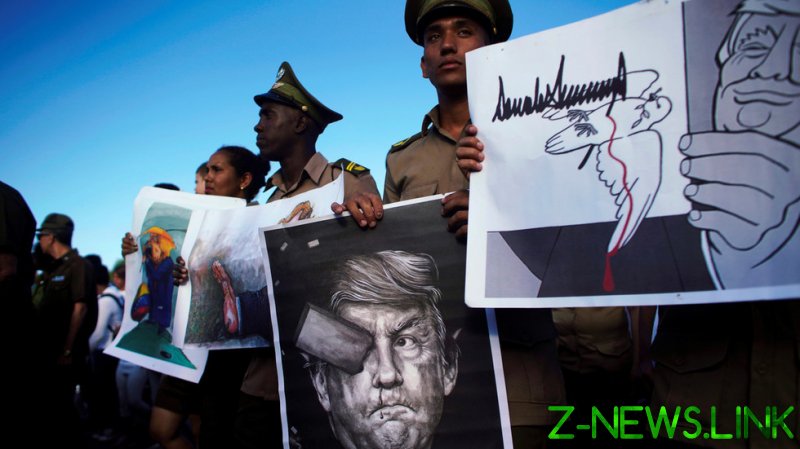 The move returns Cuba to the pariah list, exposing it to a wide range of sanctions and restrictions, five years after the Obama-Biden administration thawed relations with the communist nation and eased its isolation. It also leaves another diplomatic imbroglio for the Biden administration to deal with after the new president takes office on January 20.

US Secretary of State Mike Pompeo alleged that Cuba repeatedly provided support for acts of international terrorism in granting safe harbor to terrorists. He argued that Cuba’s government should be denied the resources it uses to oppress the Cuban people, and the US needs to counter its “malign interference in Venezuela and the rest of the Western Hemisphere.”

Havana fired back at the US sanctions, denouncing them as “political opportunism.”

“We condemn the cynical and hypocritical qualification of Cuba as a state sponsor of terrorism, announced by the United State,” Cuba’s foreign affairs minister Bruno Rodriguez tweeted.

The move has also drawn criticism from the Democratic Party, with some lawmakers echoing Cuba’s own indignation over its return to the blacklist.

Senator Patrick Leahy (D-Vermont) slammed the decision, saying, “This blatantly politicized designation makes a mockery of what had been an objective measure of foreign governments’ active support for terrorism. Nothing remotely like that exists here.” He suggested that Pompeo deliberately aims to “make things as difficult as possible” for Biden, who was Obama’s Vice President during a thaw between the nations.

Just two days ago, Pompeo announced that he was ending all “self-imposed restrictions” on US diplomatic dealings with Taiwan, sparking condemnation from China. And on Sunday, Pompeo said the administration also plans to designate the Iran-backed Houthi rebels in Yemen as a foreign terrorist organization, effective the day before Biden is scheduled to be inaugurated.