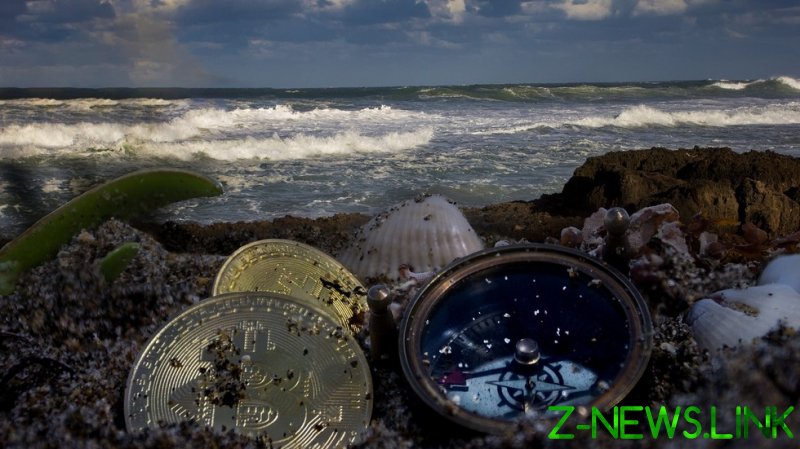 The value of the cryptocurrency market was $932.20 billion as of 8:10 GMT, down from $1.1 trillion a day earlier, according to Coinmarketcap. The world’s largest cryptocurrency, bitcoin, collapsed by over 17 percent from a day earlier to $34,654.39.

The second-biggest crypto, ether, was down by more than 20 percent to $1,072.19.The sell-off in cryptocurrencies comes after a huge rally and could signal some profit-taking by investors, analysts said. Bitcoin hit an all-time high last week, rising to almost $42,000. It is still up over 340 percent in the last 12 months.

Analysts have attributed bitcoin’s resurgence to a number of factors including more buying from large institutional investors. They also said that the reason for bitcoin’s remarkable recent price rise was massive investor outflow from another popular inflation hedge, gold.

According to JPMorgan, bitcoin could hit $146,000 in the long term as it competes with gold as an “alternative” currency. As of Friday, a single bitcoin was worth more than a 20-ounce gold bar. The investment bank’s strategists, however, added that bitcoin, which is known for wild price swings, would have to become substantially less volatile to reach that price.

The narrative surrounding bitcoin as an inflation hedge is gaining legs “in the face of a highly unconventional monetary policy environment,” said Coinshares chief revenue officer Frank Spiteri. “It seems like we’re in the middle of a simultaneous awakening among institutions to bitcoin as an uncorrelated store of value assets,” he told Bloomberg.