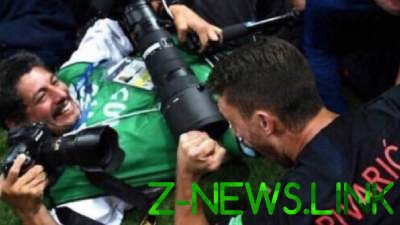 This did not prevent the photographer to do their job.

Scoring the second goal in gate of England, Croatian players staged a crazy celebration outside the box.

In the midst of his victories on the way the players stood up the reporter, Yuri Cortez of AFP Agency. Doing his job, he unwittingly found himself in the center of the celebration. Happy Croats literally fell on the man.

Reassured, the players raised photographer and kissed it as if it were not team players, and a loving grandmother, when you came to her for the holidays

It is noteworthy that Cortez was a real professional, and even under the athletes continued to photograph them. 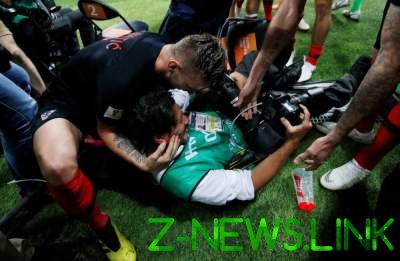 Yuri Cortez was born in El Salvador, but eight years living in Mexico. A photographer working for more than 30 years. He made the world Championships, Olympics and even the fighting in the middle East conflict on the border of Mexico and the United States.

Many colleagues envied Yuri because of the amazing angle for the shot.

“I just stood there and took the game worked, as usual, says Cortez. – After the goal started to change the lens on the camera, it is not suggesting that the players will run to me and especially was not prepared for what I will carry. But I continued to shoot even when he was on earth. Good thing I was suitable for such a shooting lens. They are polite guys, helped me up, asked me how I feel. But of course, I was surprised to kiss you.”

See also:  Network laughing over a form of new speakers from Apple

Well, social media users agreed that it was the most touching moment during the whole championship. 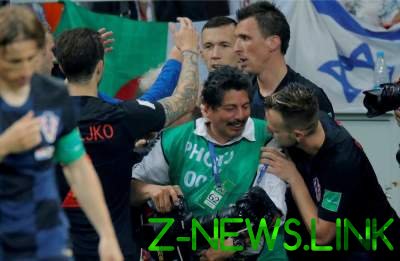