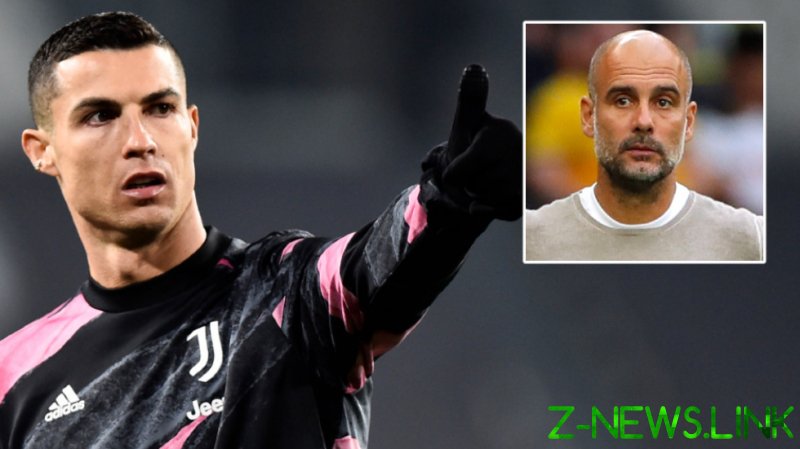 Ronaldo’s agent, Jorge Mendes, is said to be in Turin for discussions with his star client after a period in which the representative has been widely reported to have been offering the Portugal captain to top clubs.

Mendes is ready to meet Juventus despite not having a summit scheduled with them, with City the only club currently poised to swoop in a proposed deal that would pay Ronaldo between €14 million ($16.5 million) and €15 million ($17.6 million) a season, according to Italian transfer expert Gianluca Di Marzio.

City’s reputed move may have been hastened by the surprise announcement from Harry Kane, the England captain they had been expected to sign throughout the summer, that he plans to stay at Tottenham until at least the end of the season.

The reigning Premier League champions looked toothless in attack when they lost 1-0 at Spurs on the opening day of the season, and that warning sign, together with the urgency imposed by the closure of the transfer window on Tuesday, may have forced boss Pep Guardiola to act.

All-time City top scorer Sergio Aguero left the club at the end of last season and is yet to be directly replaced, while Ronaldo has a formidable record wherever he goes and would almost certainly rival the likes of Kane, Liverpool’s Mohamed Salah and new Chelsea signing Romelu Lukaku at the top of the Premier League scoring charts.

The transfer would be a sensational one given Ronaldo’s status at City’s arch-rivals, Manchester United, where he remains a legend for his prolific exploits between 2003 and 2009.

Among a haul of nine trophies, United won the Premier League in three consecutive campaigns between 2006 and 2009 with the help of Ronaldo, who was named the division’s Player of the Year in the first two of those three seasons.

United also won the Champions League in the 2007/08 season, when Ronaldo first established himself as one of the greatest scorers of all time by registering 42 times in 49 appearances.

Although Ronaldo is out of contract at the end of the season and appears to be keen to leave, Juve are said to be anxious not to lose their top scorer for the last two seasons for nothing.

The Italian Serie A contenders are reported to want a swap deal for Gabriel Jesus, City’s Brazil striker who scored 14 goals in 43 appearances last season.

At 24, Jesus is 12 years younger than Ronaldo and could be an appreciating asset. City paid around $39 million for the versatile forward when he joined from Palmeiras in 2017.

Guardiola is said to be yet to approve Jesus’s exit, having claimed on Friday that he would be “absolutely” happy with his squad should he fail to make any additions to it by the time the window closes.