Home / WORLD / Covid-19 response disrupts fight against TB and AIDS, may cause more deaths in some countries than the pandemic, Global Fund says

Covid-19 response disrupts fight against TB and AIDS, may cause more deaths in some countries than the pandemic, Global Fund says 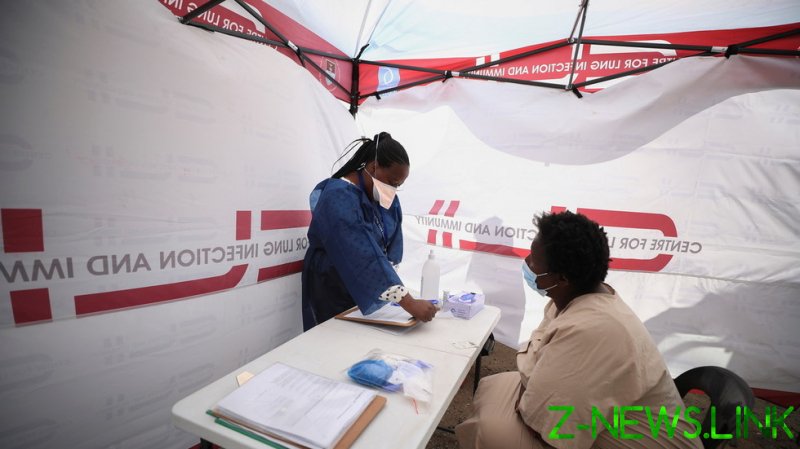 The grim assessment was included in a report posted on Wednesday by the Geneva-based Global Fund, which said disruptions caused by the pandemic have had a “catastrophic impact” on the fight against TB, which typically kills more people globally each year than any other infectious disease. It was estimated that TB has killed more than a staggering billion people in the past 200 years.

Global Fund director Peter Sands told Reuters that in some countries, such as those in the Sahel region of Africa, the focus on Covid-19 may kill more TB and AIDS victims than the pandemic’s death toll. Lockdowns have disrupted some services, he said, while healthcare resources in places such as India and Africa were shifted to Covid-19 response.

“Essentially, about a million people less were treated for TB in 2020 than in 2019, and I’m afraid that will inevitably mean that hundreds of thousands of people will die,” Sands said.

Deaths from TB, AIDS and malaria had been on a downward trajectory in the more than 100 countries where the Global Fund invests. The group, which is backed by governments and private-sector partners, provides more than $4 billion annually to fight those diseases.

But with Covid-19 taking precedence since last year, those efforts have been undermined. The number of people treated for drug-resistant TB in countries where the fund invests dropped 19% in 2020, while those reached by AIDS-prevention services slid 11%. At the same time, there was a 16% decline in HIV-positive TB patients under treatment. HIV testing tumbled 22%. Progress against malaria “stalled,” Global Fund said.

Increasing numbers of untreated or undiagnosed TB and AIDS cases have the potential to snowball. One person with TB, for instance, can spread the disease to 10-15 other people each year. There were 10 million new TB cases and 1.4 million deaths in 2019, according to the World Health Organization (WHO).

In March, the WHO estimated that about 500,000 more people than usual may have died from TB last year as the decline in treatment set back the fight against the disease by more than a decade.

The devastating blow to TB and AIDS programs marks one of many deadly side effects of the pandemic response, ranging from a surge in alcohol-related deaths in the UK to rising child suicides during Covid-19 lockdowns. Deaths from heart disease also rose as more cases of cardiovascular disease went undiagnosed.