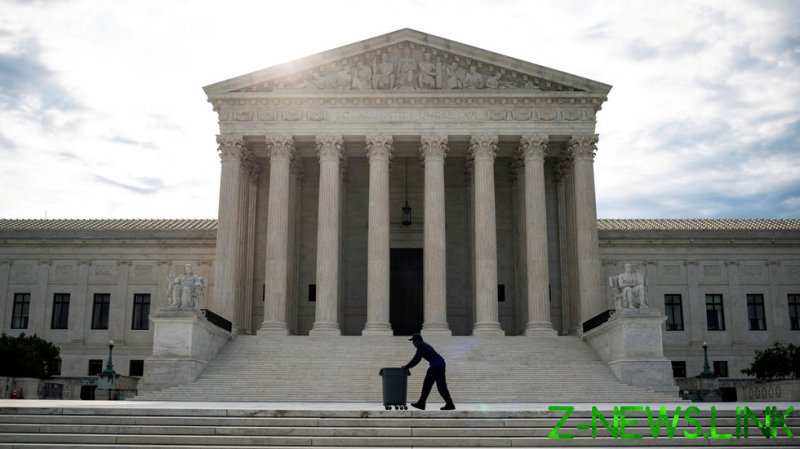 In the run-up to last November’s election, President Donald Trump, Vice President Mike Pence, and multiple conservative pundits accused Joe Biden of wanting to “pack” the Supreme Court – a term for expanding its membership and appointing sympathetic justices to achieve a long-term hold over the court’s ideological balance.

Biden never gave a straight answer, telling reporters in October that they would “know my opinion on court-packing when the election is over.”

Now, nearly three months after inauguration, Biden has signaled that court-packing could be on the table. The president will issue an executive order later on Friday to create a “Presidential Commission on the Supreme Court of the United States.”

Made up of a supposedly bipartisan group of legal scholars, judges and activists, the commission will examine the court’s role in upholding the constitution, the lifetime appointment of justices, and, crucially, “the membership and size of the court.”

To both Democrats and Republicans, the announcement came as an admission that Biden intends to pack the court. Progressive Rep. Mondaire Jones (D-New York) celebrated, declaring that “to restore our democracy, we must expand the Supreme Court.”

Of the Supreme Court’s nine justices, six – three of whom were appointed by Donald Trump – lean conservative. However, some regularly cross ideological lines to side with their liberal colleagues, most notably when the court declined to hear Trump’s cases regarding alleged election fraud last year, and when it ruled against his plan to overturn an Obama-era policy offering a pathway to citizenship for illegal immigrants brought to the US as children.

The current number of seats on the court was set at nine in 1869, having changed six times before that.

Progressives have long lobbied Biden to ignore conservative outrage and pack the court, and the New York Times noted on Friday that his executive order was made “under pressure from activists.”

However, opposition to court-packing is not limited to conservative circles. In a speech to Harvard Law School students on Tuesday, Justice Stephen Breyer, a liberal and, at 82, the court’s oldest justice, warned against opening up more seats.

“Those whose initial instincts may favor important structural changes” should “think long and hard before embodying those changes in law,” he cautioned, according to a Politico report.