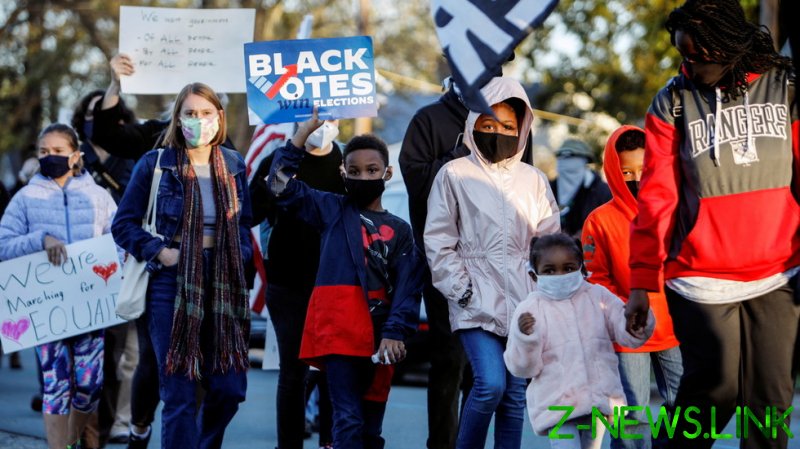 In a split decision on Friday, a three-judge panel in Wake County, North Carolina, struck down the state’s voter ID law, which requires voters to show a passport, driver’s license, or state-issued ID card specifically for voting.

In their ruling, two of the three judges wrote that the law “was enacted in part for a discriminatory purpose.” The law “would not have been enacted in its current form but for its tendency to discriminate against African American voters,” the judges added.

by Democrat Governor Roy Cooper. It was blocked by a judge in 2020, but that block was lifted in another court ruling later that year. A previous iteration of the law was struck down in 2016, when a federal judge ruled that it targeted African Americans “with almost surgical precision.”

Critics of the law argued that black Americans are less likely to have photographic identification. The two judges on Friday sided with these critics, citing a 2015 study which found that 9.6% of Black “registered voters lacked acceptable ID…compared with 4.5% of white registered voters.”

Supporters of voter ID, meanwhile, counter that there are no barriers preventing black Americans from acquiring the same photographic ID as their white counterparts. The panel’s one dissenting judge wrote on Friday that “not one scintilla of evidence was introduced during this trial that any legislator acted with racially discriminatory intent.”

In North Carolina, the slightest change in election law can have dramatic consequences. The aforementioned Governor Roy Cooper was elected in 2016 by a margin of just over 10,000 votes, and Donald Trump bested Joe Biden in the state by slightly fewer than 75,000 votes.

The voter ID issue arose in the first place because, unlike in many other developed countries, citizens of the US are not required to carry a government-issued ID card. Social Security cards – which were never intended to serve as a means of identification – are often used in place of government ID, and other forms of identification like passports and driver’s licences are almost universally accepted for purchasing cigarettes, alcohol, or firearms.

Only seven US states have strict photo ID requirements in place to vote. In 23 states and territories, no documents are required to vote.