Home / WORLD / Coup attempt foiled in Haiti, president says, amid term dispute between him and opposition

Coup attempt foiled in Haiti, president says, amid term dispute between him and opposition 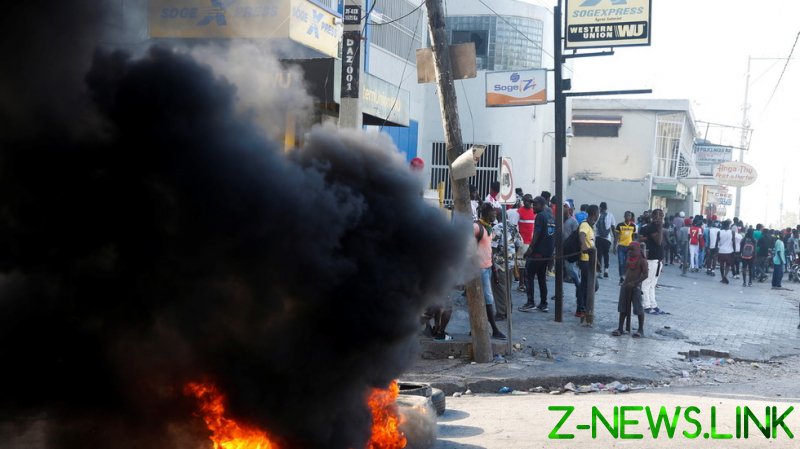 “The goal of these people was to make an attempt on my life,” Moise told journalists on Sunday, adding that the plot was “aborted.” The President also said that the plot was in the works since at least the end of November, adding a Supreme Court judge and a police inspector general are among the arrested suspects.

The nation’s justice minister, Rockefeller Vincent, described the supposed plot as an “attempted coup d’etat”. Haitian authorities cited by AFP have confirmed that at least 23 people had been arrested.

The Caribbean state is currently in turmoil due to a standoff between Moise and the opposition that demands he steps down. Reynold Georges, an attorney who once worked for the president but then joined the opposition, identified the arrested judge as Irvikel Dabresil – a man who also reportedly enjoyed the support of the president’s opponents.

The opposition denounced the arrests and called for immediate release of everyone detained, urging Haitians to “rise up” against the president. They state that Moise’s presidential term should have ended this Sunday while the president himself insists he has the right to stay in office until February 2022.

The dispute arose from the chaotic presidential elections back in 2015. At that time, Moise was initially declared a winner but the vote results were then cancelled after allegations of fraud. Still, Moise was successfully elected next year and eventually sworn into office in February 2017. Due to election chaos, the nation was ruled by a provisional president for a year.

Moise has also been ruling by decree since January 2020 when the last parliamentary term expired but no general elections were held. Now, Haiti is expected to hold parliamentary elections in September – months after a constitutional referendum scheduled for April that is expected to grant the president more power.

Over the recent years, the country also witnessed massive public protests over corruption and rampant gang crime. Still, Moise enjoys the support of the US President Joe Biden’s administration. Most recently, the US State Department spokesperson, Ned Price, said that “a new elected president should succeed President Moise when his term ends on February 7, 2022,” thus taking Moise’s position in the dispute with the opposition.

Nonetheless, he also urged Haiti to properly organize general elections in September to allow the parliament to resume its work.