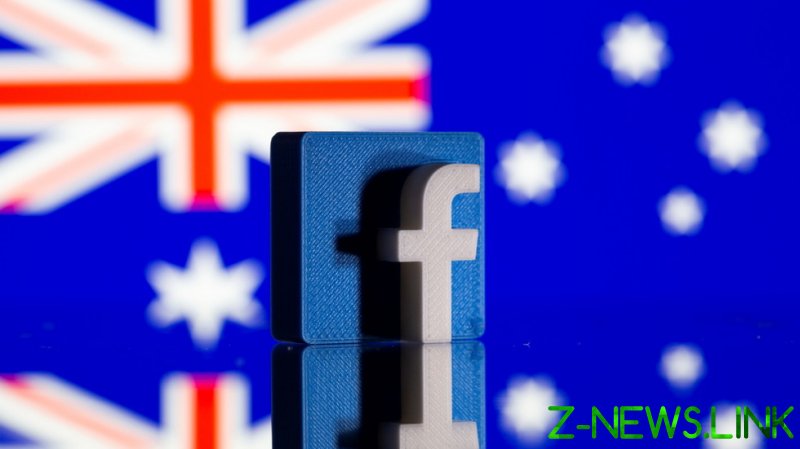 As Australia launched its mass vaccination using the Pfizer jab on Sunday, Health Minister Greg Hunt promised a wide-ranging communication campaign to promote inoculation. The publicity drive will take place both offline and online – but nothing will be posted to Facebook, Hunt told national broadcaster ABC.

Exclusion of the platform from the Covid-19 vaccination promotion comes as the months-long row between the Australian government and the tech giant escalated this week. The feud stemmed from a new Australian legislation that would oblige the tech giant and other companies to pay a licensing fee to local publishers to feature domestically created content on their platforms.

On Thursday, Facebook made an unexpected move, blocking users in Australia from being able to access or share news content on the platform. The blackout also affected several of the accounts of government agencies and emergency departments, sparking outrage among officials in Australia and abroad.

Australian Treasurer Josh Frydenberg said he would discuss the situation with Facebook over the weekend, while PM Scott Morrison said on Saturday the platform had “tentatively friended us again” without giving any further details. It remains unclear whether and how the dispute will be resolved.

Facebook, for its part, has confirmed it had been in negotiations with the Australian government over the licensing bill, yet has not provided any concrete details either. The company has been “engaging with the Australian government to outline our ongoing concerns with the proposed law [and would] continue to work with the government on amendments to the law, with the aim of achieving a stable, fair path for both Facebook and publishers,” a representative of the company told Reuters in an e-mailed statement.