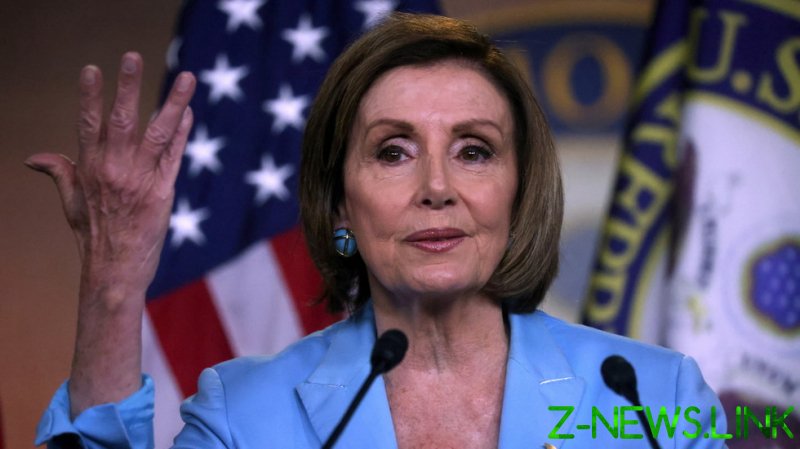 “Let me just say that I am a big supporter of Roe v. Wade. I am a mother of five children in six years. I think I have some standing on this issue as to respecting a woman’s right to choose,” she said.

Though she was asked the question a second time, the congresswoman ignored it and quickly moved onto a question on infrastructure.

Pelosi has given a version of this answer before. In 2015 she was asked whether she believed 20 weeks of gestation is enough for her to consider a fetus a “human being.” Also not answering the question directly then, Pelosi would only say that she has “great standing” on women’s rights issues as a “mother of five.”

The Mississippi abortion law was blocked earlier this year by a lower federal court, but the Supreme Court will hear the case in the fall.

Numerous conservatives were outraged over Pelosi’s latest statement and took to social media to blast the Democrat.

Pelosi has faced scrutiny in the past for her pro-abortion views, with the Archbishop of San Francisco, Salvatore Cordileone, blasting the House Speaker in January, saying, “no Catholic in good conscience can favor abortion.”

The comment was in reference to Pelosi, who is Catholic, seemingly blaming pro-life voters for Donald Trump’s presidential victory in 2016.

“I think that Donald Trump is president because of the issue of a woman’s right to choose,” Pelosi told Hillary Clinton while the former president was in his final days in the White House.

Pro-life voters, according to Pelosi, “were willing to sell the whole democracy down the river” as long as they got a pro-life president. She added that those pro-life voters of Trump give her “great grief as a Catholic.”