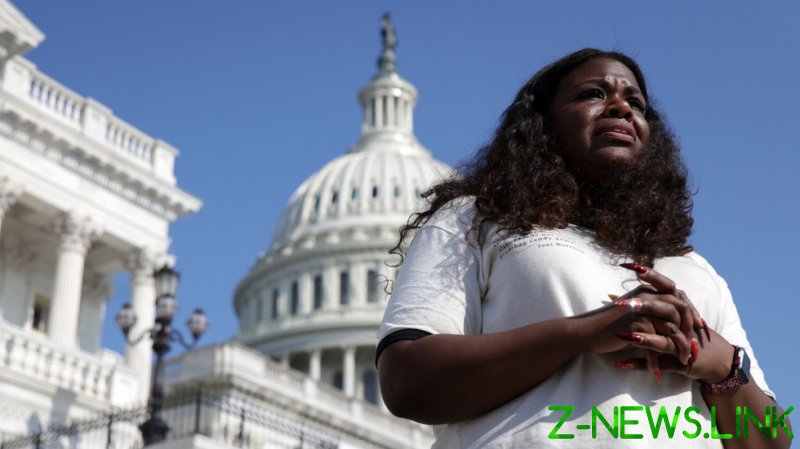 Congresswoman Cori Bush of St. Louis has confirmed that a vehicle belonging to her was hit by gunfire. She was not inside the car at the time and was not injured, her office told local media.

“Like far too many of us in St. Louis, experiencing gun violence is all too familiar,” Bush said in a statement to KDSK-TV, which first reported on the incident on Thursday. “Thankfully no one was harmed. But any act of gun violence shakes your soul.”

The shooting itself happened last Saturday, KDSK reported citing an anonymous source described as close to the congresswoman. The same source said someone had tampered with the door handles of other cars, but that there was no evidence Bush was specifically targeted.

“No one should have to fear for their safety here in St. Louis and that is exactly why our movement is working every day to invest in our communities, eradicate the root causes of gun violence, and keep every neighborhood safe,” the congresswoman’s statement said.

Word of the incident with Bush’s vehicle comes a day after two St. Louis police officers were shot in nearby Ferguson. One of them is in critical condition, local media reported. The shooting happened as they approached a car they believed was connected to a nearby homicide. Four suspects who were inside that vehicle have been arrested.

Bush is an outspoken Black Lives Matter activist who first became involved in politics during the 2014 Ferguson riots following the police shooting of African-American teen Michael Brown. In the 2020 primary campaign, with the backing of progressive Democrats, she defeated the incumbent Representative William Lacy Clay Jr., ending the Clay family’s 52-year run at representing the heavily Democrat district.

Upon arriving in Congress, Bush joined the progressive ‘Squad’ and began to champion a radical social justice agenda, including defunding the police.

“You would rather me die?” she asked reporters in August 2021, when confronted about spending taxpayer money on private security. “I get to be here to do the work, so suck it up – and defunding the police has to happen. We need to defund the police.”