Comedy is America’s lifeline to sanity, but the thought police aren’t laughing 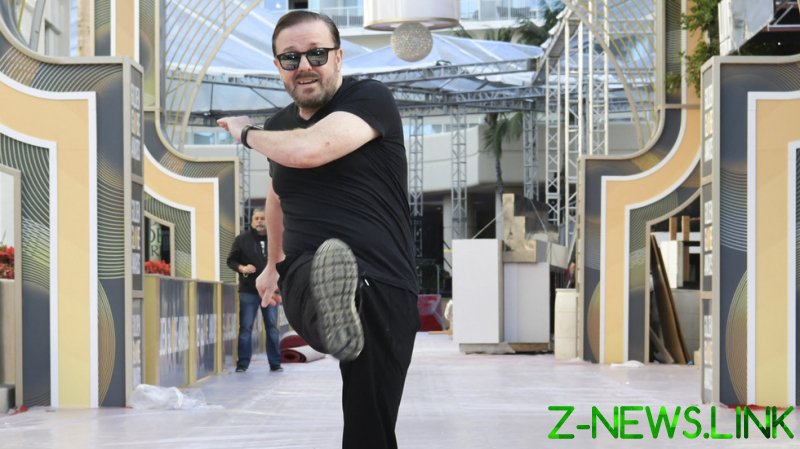 This week, comedian Ricky Gervais rattled liberals with a routine that took aim at transgender ideology. America needs this sort of comic relief to start discussions on controversial issues, but the left can’t take a joke.

There’s a rule of thumb that goes, “If you’re going to tell people the truth, you better make them laugh or they’ll kill you.” (The quote is usually credited to Bernard Shaw, but its origins are disputed.) The same rule applied hundreds of years ago when court jesters told the king painful truths nobody else would dare while trying to keep him laughing at the same time. This underscores one of the unspoken purposes of humor, which is to allow serious topics to be broached while blunting the pain the conversation may otherwise invoke. Yes, we may disagree on a particular subject, but at least we are adult enough to poke fun at those differences. Those healthy attitudes are long gone, at least for one half of the American populace.

Entertainment protocol today has been inverted to read: ‘Even if you are funny when you tell people the truth, we [the mob] will kill you’. In other words, America, the land that has given rise to countless comic talents over the years, has lost its sense of humor. That much was apparent judging by the howls of faux outrage following Ricky Gervais’ Netflix Comedy special ‘SuperNature’. Like the black comedian Dave Chappelle before him, Gervais forced his audience to take notice of the 900-pound psychedelic elephant rolling around in America’s living room, which is transgender ideology and the inherent dangers it poses for millions of people, mostly women.

“Oh, women!” the British comedian starts. “Not all women, I mean the old-fashioned ones. The old-fashioned women, the ones with wombs. Those f***ing dinosaurs. I love the new women. They’re great, aren’t they? The new ones we’ve been seeing lately. The ones with beards and c**ks. They’re as good as gold, I love them. And now the old-fashioned ones say, ‘Oh, they want to use our toilets’. ‘Why shouldn’t they use your toilets’? ‘For ladies’! ‘They are ladies — look at their pronouns’! ‘What about this person isn’t a lady’? ‘Well, his penis’. ‘Her penis, you f***ing bigot’! ‘What if he rapes me’? ‘What if she rapes you, you f***ing TERF wh**e’?” 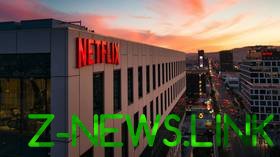 What liberals found to be so appalling and “hurtful” about the above monologue was not the vulgarity – let’s face it, progressives are no strangers to lewdness – but the accuracy of the ‘joke’. Yes, sometimes the truth hurts. Gervais laid out the contradictions of the transgender movement that the mainstream media has been at great pains to ignore, and that is the very real risks it presents to biological females.

Let’s remember that one of the first things Joe Biden did as president was to sign an executive order that allows Americans to go about their lives “without worrying about whether they will be denied access to the restroom, the locker room, or school sports.” In other words, American men and women now have the right to use the bathroom and changing room facilities, as well as compete in sporting competitions against females, “no matter their gender identity or sexual orientation.” Incredibly, transgender women are even being locked up in prison alongside biological females with all of the predictable consequences, namely pregnancies behind bars.

Instead of the liberals listening to what Gervais was attempting to tell them, which is that the lives of biological females are threatened by such inclusive ‘open door’ policies, the left did what the left does best: It sent out a search and destroy mission to drive Ricky Gervais either into an early retirement or, judging by the tone of some of the tweets, an early grave. 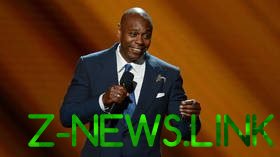 Such a response to a comedy routine exposes the main problem with the social justice crowd, which is their utter lack of maturity to discuss and debate controversial ideas in a public forum. Even more maddening is that the entire concept of ‘transgender’ is a relatively new phenomenon, and, like all new things, it is naturally going to court a lot of controversy. Yet, those who wish to ask some honest questions or warn about the dangers of exposing impressionable children and teenagers to such concepts are written off as ‘haters’ who are suffering from ‘transphobia’. Amid this intellectual dark age that is descending upon the US, where many universities have become epicenters of radical ultraliberal ideology, one of the last places for conservatives to have their opinions vocalized is through the medium of comedy.

“Comedy is a reflection,” the American actor and comedian Alan King once said. “We create nothing. We set no styles, no standards. We’re reflections. It’s a distorted mirror in the fun house. We watch society. As society behaves, then we have the ability to make fun of it.”

King, if he were alive, would be shocked to see that that vital function of comedians to hold a mirror up to society is slowly falling by the wayside. While a few brave comedians like Dave Chappelle and Ricky Gervais are still willing to suffer the slings and arrows that come with this dangerous new territory, the consequences may eventually be considered too great of a risk. That will be a loss not only for the comedy scene in America, but for the entire nation as it attempts to navigate its way through extremely confusing times.

Don’t cancel your court jesters, America, they are your lifeline to sanity and civility.