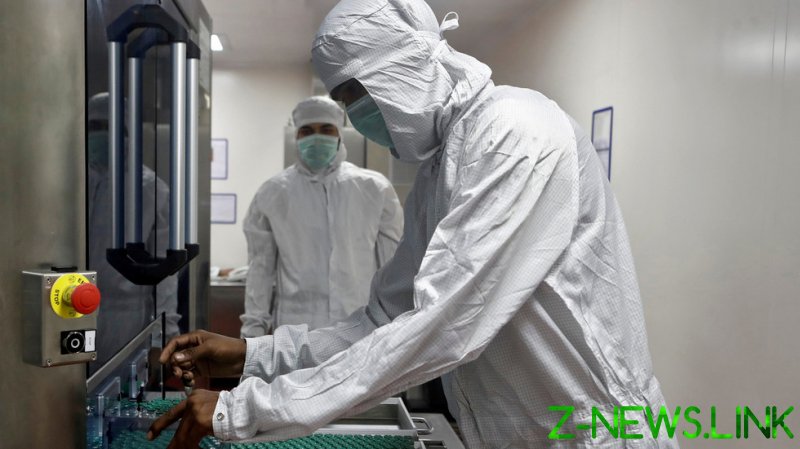 Soriot said studies on the effects of the combination of AstraZeneca/Oxford and Sputnik V vaccine components could help doctors and nurses by making “their lives simpler” when administering the doses of different drugs.

“Otherwise they have to know which vaccine was used the first time, so [the partnership] is making the use of vaccines much easier,” Soriot said.

He further explained that the use of various types of vaccine could potentially improve the way they work. “When you combine two different vaccines, you can hope to get an even better efficacy because you create better stimulation of the immune system.”

The Russian Direct Investment Fund, which funded the development of Sputnik V, announced earlier this month that one of the two components of the Russian vaccine will be used in AstraZeneca’s clinical trials. The British-Swedish company signed a cooperation agreement with Sputnik V’s developer, the Moscow-based Gamaleya Institute, on Monday.

Gamaleya Institute head Alexander Gintsburg told RT earlier that if the combination of the components of different vaccines proves to be effective, there will be no reason to reject it.

Soriot said it was ultimately good that competing pharmaceutical giants have been racing to find a cure for the coronavirus.

There is not a single company that can produce enough vaccines for the entire world. So we will need many, many different vaccines to be able to vaccinate as many people as possible, very quickly. And some of these vaccines have to be easy to use and cheap because the low and middle-income countries cannot afford expensive vaccines.

“We will only get rid of the disease when the whole world has gotten rid of it.”

The best way to make vaccination timely and truly affordable is to have manufacturing plants and supply chains scattered across different parts of the globe, Soriot said.

The British vaccine, which was developed by AstraZeneca and the University of Oxford, is currently being reviewed by the EU’s drug regulator, the European Medicines Agency, and by a separate UK regulator. Russia, meanwhile, launched a large-scale vaccination campaign using Sputnik V on December 5.