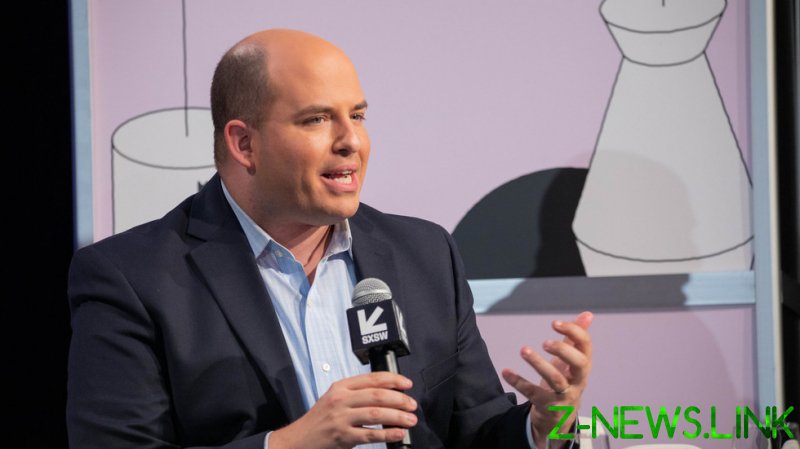 Stelter made his claim on the latest edition of his CNN series ‘Reliable Sources’ when he asked Yale professor Timothy Snyder how the “reality-based media” – like CNN – should cover Republicans like Donald Trump, who continue to float theories about the 2020 presidential election being fraudulent.

Snyder’s advice was to “drop the fair and balanced approach” and to “make democracy itself the story,” seemingly endorsing more negative coverage of Republicans than Democrats.

Dropping a “fair and balanced approach” should not be a problem for Stelter, according to his critics.

Journalist Glenn Greenwald tweeted that it was “genuinely hilarious” that Stelter heralds himself as part of the “reality-based media,” given some of CNN’s own problematic primetime coverage. Greenwald followed up with a list of controversial stories the network has given outsized airtime too, such as debunked reports about Russia putting bounties on American soldiers in Afghanistan, and outright denying the lab leak theories about the origins of Covid-19, which have since been given more weight as investigations continue.

Greenwald followed up by retweeting even more examples of CNN pushing evidence-free conspiracy theories, including the claim that leaked emails belonging to Hunter Biden were part of a “Russian disinformation campaign,” despite the identity of the person who handed the laptop over to Rudy Giuliani being known and the actual content being published by the New York Post.

Others were equally unwilling to let Stelter – who has his own history of pushing questionable and sometimes later-debunked stories – crown himself part of the “reality-based media.”

Some specifically pointed to recent CNN controversies, such as anchor Chris Cuomo’s controversial coverage of his brother Andrew Cuomo, formerly the governor of New York, and prime spot segments given to now-disgraced Trump critic Michael Avenatti, who was convicted of extortion in July.