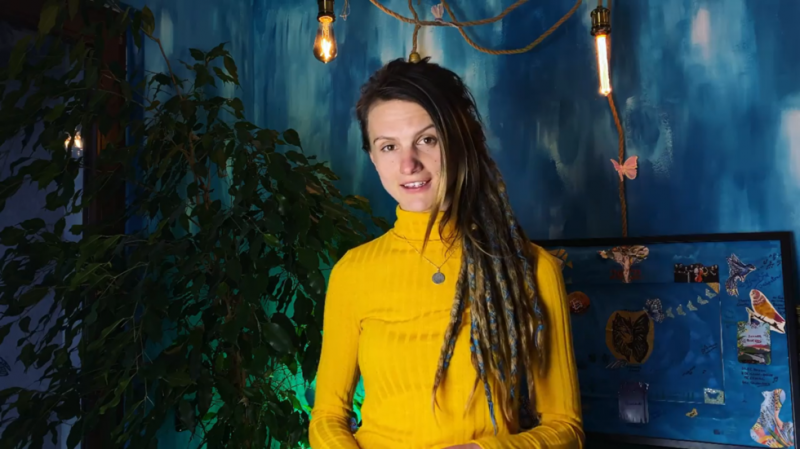 Folk-pop singer Ronja Maltzahn, who was slated to perform at an upcoming climate strike in Hanover, has been barred from attending unless she changes her haircut,as organizers claim it is “indefensible” to have a “white person with dreadlocks” on their stage.

The Hanover chapter of the German climate youth organization Fridays for Future (FFF), which is set to hold the strike on March 25, informed Maltzahn about the sudden cancelation, saying “The reason is that, especially in this global climate strike, we are focusing on an anti-colonialist and anti-racist story, where it is indefensible for us to have a white person with dreadlocks on our stage.”

“Dreadlocks on white people are a form of cultural appropriation as they are tied to the identity of black people who used it as a sign of oppression during white slavery. That’s why white people shouldn’t wear dreadlocks because they appropriate a part of another culture without experiencing the systematic oppression behind it,” continued the statement.

The organizers did offer the artist a way out of this predicament, however, saying: “If you decide to cut your dreadlocks before Friday, we would like to welcome you to the demonstration and let you perform.”

FFF concluded by apologizing to Maltzahn for letting the situation get to this point and not focusing enough on who they were inviting.

Maltzahn responded to the cancellation by sharing it on social media and expressing her disappointment with the decision.

“We were looking forward to giving a sign for peace and against discrimination with our music. It’s a shame we’ve been excluded because of physical appearance,” she wrote on Instagram, sharing the statement sent to her by FFF.

She added that, “We do not want to discriminate against people because of their cultural origins, but rather give cultural diversity a stage, appreciate and celebrate it, stand up for gender equality, mindfulness and tolerance.”

The musician said that, after sharing the letter, she received a phone call from FFF activists who apologized for the “insensitive tone” in which the cancellation was presented.

The group issued a statement on their website saying they stood by their decision, but acknowledged that the “cancellation was worded insensitively and shouldn’t have been sent that way,” and that suggesting Maltzahn cut off her dreadlocks was out of line.

“This is an invasion of the artist’s privacy, which should not have happened in this way. Especially given that in this sexist society women are often reprimanded for their appearance and are not free to dress and show as they please, the message was worded across borders,” read the group’s statement.

The singer-songwriter has since said that she never even considered cutting off her dreadlocks and that she was sorry for the situation with FFF, but ultimately felt the case was closed at this point.