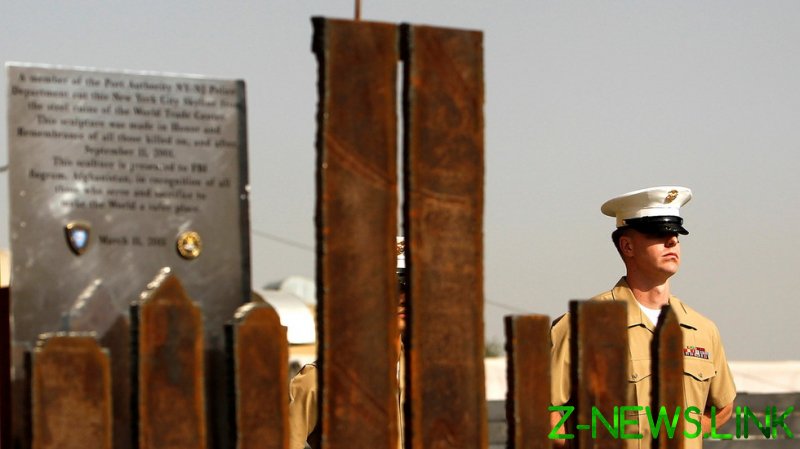 In a statement on Friday, Biden said he had signed an executive order instructing Attorney General Merrick Garland to conduct a ‘declassification review’ of the remaining documents, concerning the FBI investigation into the attacks targeting New York City and Washington, DC on September 11, 2001.

“We must never forget the enduring pain of the families and loved ones of the 2,977 innocent people who were killed during the worst terrorist attack on America in our history,” said a statement from Biden, sent to the media on Friday. “For them, it was not only a national and international tragedy. It was a personal devastation.”

“My heart continues to be with the 9/11 families who are suffering, and my Administration will continue to engage respectfully with members of this community,” the statement added. “I welcome their voices and insight as we chart a way forward.”

In early August, family members of the 9/11 victims asked Biden not to attend any of the commemorations unless he lived up to his campaign promise to declassify the remaining documents. They believe the papers kept secret for 20 years now would implicate Saudi Arabia or the Kingdom’s officials in funding, supporting or otherwise abetting the 19 hijackers.

The letter said the families “cannot in good faith – and with veneration to those lost, sick and injured – welcome the president to our hallowed grounds until he fulfills his commitment.” It has since been signed by more than 2,000 people.

Nineteen attackers hijacked four passenger airplanes and crashed three of them into the World Trade Center and the Pentagon. The fourth plane crashed into a field in Shanksville, Pennsylvania after passengers rose up and overpowered the hijackers. The attacks were blamed on Al-Qaeda, a group run by former Saudi national Osama Bin Laden.

The US responded by invading Afghanistan in October 2001 and Iraq in March 2003, eventually withdrawing after many years of occupation, counterinsurgency warfare and unsuccessful ‘nation-building’.