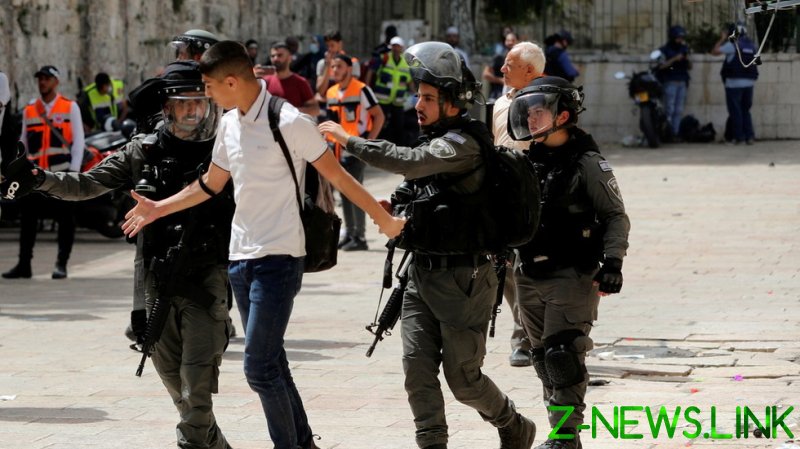 In videos posted on Twitter, Palestinians are seen hurling rocks at police outside the entrances to the Temple Mount compound.

Police present en masse at the site are said to have responded with rubber bullets, with the sounds of shots heard in the footage.

The Temple Mount is a hill in the Old City of Jerusalem, which is considered a holy site in Judaism, Christianity, and Islam.

The latest clashes come as violence between Israel and the Palestinians has flared up again. On Thursday, Israel launched airstrikes on Gaza for the second time since a ceasefire ended the 11-day war in May. The strikes came after Palestinian militants launched incendiary balloons into Israel for the third consecutive day.

Hamas said the balloons were launched in response to an Israeli right-wing march though Jerusalem. The ‘March of the Flags’ marked the anniversary of Israel’s 1967 occupation of the city’s eastern part. Palestinians in Gaza held their own protest march.

The 11-day conflict in May, according to the UN, resulted in the killing of more than 250 people in Gaza, including 66 children. Rockets launched from Gaza into Israel killed 12 people, including two children.