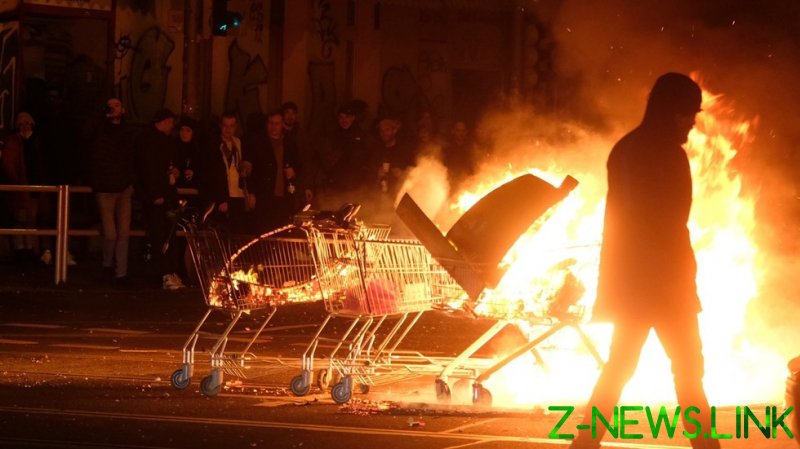 The German city of Leipzig saw its streets turn into an arena for intense clashes between police and rioters on New Year’s Eve as hundreds gathered in the city’s east.

Soon after the clock struck midnight, the Leipzig police began receiving the first reports about violence and property damage. Officers had to respond to almost 170 calls in Leipzig and its surrounding areas in just over two hours on Saturday night, police said in a statement. They called it a “sharp increase” in comparison to an “ordinary Friday night.”

A crowd comprising “hundreds” of people gathered at Eisenbahnstrasse Street in the city’s east, with the area quickly becoming an arena for clashes between rioting revelers and law enforcement. Police vehicles were pelted with various objects, including firecrackers. The rioters also set up barricades from shopping carts and set them on fire.

Photos from the scene showed officers in riot gear moving through thick smoke coming from the burning barricades. The Eisenbahnstrasse has previously gained notoriety due to local crime rates and the drug trade. It was even dubbed Germany’s “worst street.” 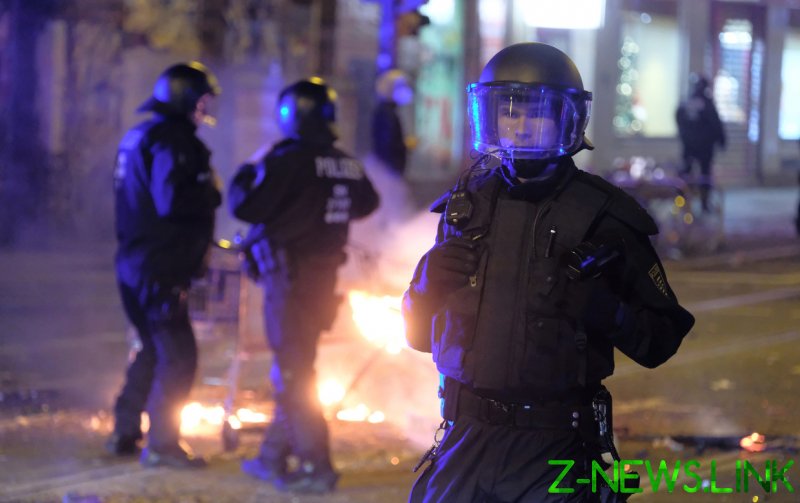 Police said several of their vehicles were damaged but that the clashes resulted in no injuries and were under control at around 2am local time. It is still unclear who initiated the violence and what motivated the rioters.

It is not the first time Leipzig has seen clashes on New Year’s Eve. The city has for some time been known as a center of left-wing violence. Last year, unknown assailants set vehicles belonging to the German Army – the Bundeswehr – on fire. Two years ago, the city saw riots in the Connewitz district – an area which saw a massive police deployment this year and remained largely peaceful on Saturday night.

Leipzig was not the only German city that witnessed clashes between rioters and police on New Year’s Eve, as similar incidents were reported in Stuttgart and Dresden but they were smaller in scale.