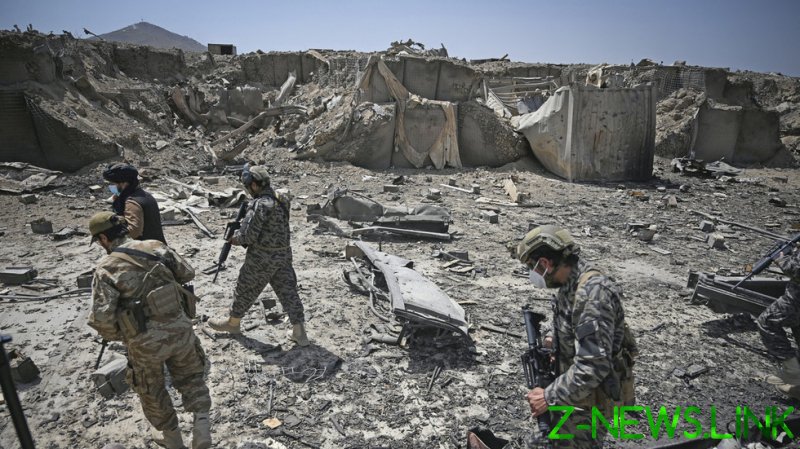 The agency flew out more than 20,000 “Afghan partners” and their families, according to two unnamed former officers cited in a recent Washington Post editorial. The US is thought to have gotten between 60,000 and 120,000 Afghans out of the country.

The airlift of as many as 7,000 Zero unit members and their relatives was an agency priority, The Intercept reported. An unidentified former senior US intelligence official told the investigative news outlet that most of the commandos were flown to Qatar, where CIA officers helped get them sent to the US.

“The US should not be offering safe haven to those who committed war crimes or serious human rights abuses,” Patricia Gossman, associate director for Human Rights Watch’s Asia division, told The Intercept. In 2019, the rights group documented 14 instances where it alleged CIA-backed strike forces committed “serious abuses” as part of a larger pattern of violations, including “war crimes.”

However, in an interview last month, former CIA director George Tenet supposedly spoke of a “sacred obligation” to “our Afghan partners” to whom the US owed an “immense debt” for helping “stop al-Qaeda.” Tenet added that the “agency honors its commitments.”

Apparently first called the Mohawks by the US government, Zero units were trained by the CIA to fight guerrilla-style out of American outposts in northern and eastern Afghanistan. According to The Intercept, the program’s original purpose was to allow the CIA to conduct cross-border operations into Pakistan while allowing the US to avoid accountability.

The commando units became infamous for deadly night raids that are thought to have killed an unknown number of non-combatants across the country over the years. The outlet documented 10 raids by one such unit, known as 01, conducted in Wardak province that killed at least 51 civilians, including children – many allegedly killed execution-style at close range.

Two former senior Afghan officials told the outlet that a 2010 agreement between the agency and the Afghan government had led to the creation of a joint program that brought the Zero units and other militias – collectively called National Strike Units (NSUs) – under the umbrella of the country’s former intelligence service, the National Directorate of Security (NDS).

This allowed the CIA to claim plausible deniability against accusations of rights abuses, The Intercept reports. However, the officials said the units were still exclusively funded by the US government. In 2019, then-Afghan national security adviser Hamdullah Mohib told the outlet that 01 was under CIA control and said he was not “fully aware… of how they work.”

Most 01 missions were also reportedly led by a small number of CIA “advisers.” The unit was based out of an agency compound called ‘Eagle Base’ northeast of Kabul that also supposedly housed a former agency black site called the ‘Salt Pit’, where it is thought prisoners were interrogated and tortured in the war’s earliest years.

Before the base was destroyed during the American withdrawal, it had been a “transit point” in the evacuation efforts, according to the Post editorial, which also noted that a secret visit to Kabul by CIA Director William Burns had laid the groundwork for the withdrawal of the covert units.

Ahead of the August 31 deadline for withdrawal of coalition personnel, plans for an orderly departure crumbled into a desperate scramble to leave as crowds of Afghans rushed to Kabul airport.

Although President Joe Biden called it a “success,” critics slammed the chaotic withdrawal that saw US forces leave behind Afghans who helped them over the past 20 years. During the evacuation, a suicide attack claimed by an Afghan affiliate of the Islamic State (IS, formerly ISIS) terrorist group killed over 170 people, including 13 US servicemen.