Chubais said that awaits Russia in a few years 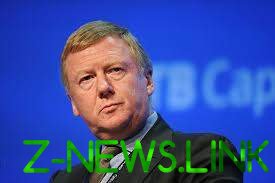 The head of RUSNANO believes that Russia is waiting for the energy crisis.

The head of RUSNANO Anatoly Chubais predicted the Russian energy crisis. In an interview to “Rossiyskaya Gazeta”, he said, adding that the country already a few years may face a capacity deficit in the absence of development of new technologies.

“Power — this is not a question of fuel supplies or reserves of oil, coal or gas. Power is power. And to start it four years later, we have to make a decision about its input,” he said.

According to him, six or seven years resource is exhausted, which was introduced in the last decade. “Suppose we do nothing. Say: well this renewable energy, we have cheap coal and gas is full. But it takes three-five to seven years, and it turns out that is already cheaper to build a solar plant than coal. And we have none. This means that we have only one way — import, import and import again”, said Chubais.

On 19 October, energy Minister Alexander Novak said that the Russian economy could reduce energy costs by 200 billion rubles per year with widespread adoption of LEDs. According to him, lighting accounts for about 12 percent of all electricity consumption and 40 percent of this consumption can be saved.