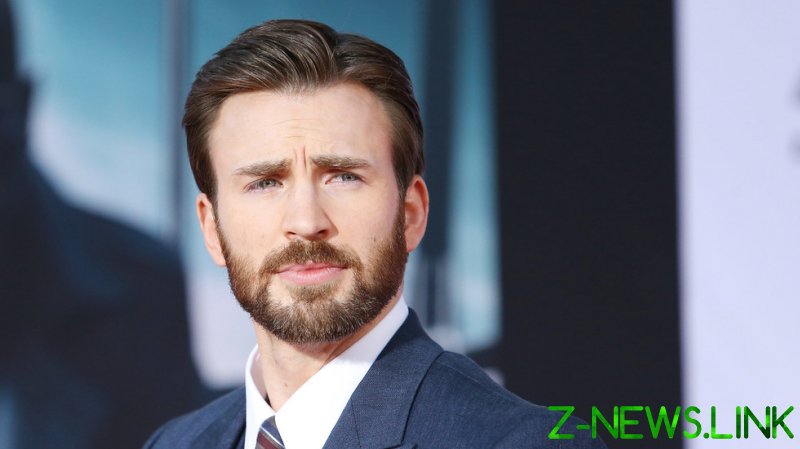 As the US limps out of Afghanistan with its tail between its legs, and millions suffer and die under the most brutal of American-induced maladies from Syria to Palestine to Yemen and across the Middle East, I implore you to fear not, as Captain America is now on the case.

Chris Evans, the movie star best known for playing the patriotic leader of the Avengers, Steve Rogers, in the multi-billion-dollar Marvel Cinematic Universe, is out to solve the world’s problems and has set his dazzling blue eyes and decidedly empty head on the mess that is the Middle East.

In 2017, the dreamy Evans founded a civic media organization called A Starting Point, which, he claims without irony, is “non-partisan”. Thankfully for humanity, on August 31, A Starting Point will air a new six-part series titled ‘Influence and Power in the Middle East’ in which “experts” will discuss Yemen, Saudi Arabia, Syria, Iran and Palestine.

This is a murderers’ row of Washington warmongers, nefarious neo-cons and CIA criminals who have raped and pillaged the Middle East for the entirety of their kiss-up-kick-down careers. It’s the equivalent of inviting Ted Bundy on to a dating podcast to share his insights about women.

Apparently, former CIA operative Will Hurd is going to host these discussions. One can only hope his experience ‘hosting’ detainees during torture sessions in Afghanistan and Pakistan will be replicated with these vile villains.

If I wanted to see Hadley, Haass, Panetta, Bolton and a cavalcade of National Security lackeys and CIA shills spout their obscene and absurd military/intelligence industrial propaganda, I’d just turn on cable news, as CNN, MSNBC and Fox seem to exist solely to platform and/or employ these types of repugnant reprobates.

Speaking of the mainstream media, it’s nice to see Evans – one of those hopeless Hollywood fools who endlessly espouses diversity in movie casting – emulate media business-as-usual with his A Starting Point charade by inviting only people slavishly addicted to establishment orthodoxy – no diversity of opinion here!

For example, Richard Haas and Dr. Jon Alterman – both pro-Israel – will discuss Palestine. I’m sure that will be immensely enlightening. Leon Panetta and John Bolton will tackle Iran. Bolton is the John Bonham of banging the drum for war with Tehran, so you know what won’t get mentioned in that stultifying, establishment-friendly discussion? The US’s shooting down of Iran Air flight 655, a civilian airliner, over Iranian airspace in 1988, killing all 290 men, women and children aboard.

What would be considerably more useful, noble and interesting would be if Evans had used his oversized public stature to actually feature diverse opinions from diverse people, like… I don’t know… maybe have actual Palestinians discuss Palestine, and Iranians discuss Iran, and Syrians discuss Syria and Yemenis discuss Yemen. You know, platform people who never otherwise get a platform in the American media.

And if Captain America really had a pair, he’d have Jamal Khashoggi’s widow and some of the  9-11 victims’ family members come together to discuss Saudi Arabia. But we all know that Evans is entirely devoid of not only testicular fortitude but also brains.

Evans is such a moron that, in 2016, he actually flew into a rage on Twitter because he believed that, in 1972, Marlon Brando had really anally raped his co-star Maria Schneider on camera at the behest of director Bernardo Bertolucci while filming ‘Last Tango in Paris’. Think about how breathtakingly ridiculous that is for a moment.

To be clear, Brando did not actually rape Schneider or even have any sexual contact with her while filming, any more than Clint Eastwood really shot people while filming ‘The Good, The Bad and The Ugly’. The sex between Brando and Schneider was entirely simulated, but when the egregiously gullible Evans read a misinformed rumor that the Brando story was true, he donned his white-knight saviour costume and valiantly tweeted in the actress’s defence.

“Wow. I will never look at this film, Bertolucci or Brando the same way again. This is beyond disgusting. I feel rage.”

He followed that gem up by tweeting, “They should be in jail.” The punchline, of course, was that Captain America was unaware Brando had been dead for a decade by the time he courageously hit ‘send’ on that tweet.

The reality is that Evans isn’t just an imbecile but also a shameless establishment shill. This buff buffoon is no doubt great at doing pull-ups, but he has the intellect of a toddler in pull-ups. With his ‘serious’ A Starting Point venture, he obviously set out to prove he wasn’t just another vacuous but impossibly handsome Hollywood pretty boy, but by the looks of the ‘Influence and Power in the Middle East’ guest list, I can confidently declare ‘Mission Not Accomplished!’ He’s proven himself instead to be just another useful idiot for the money-hungry, bloodthirsty military/industrial complex and the corrupt Washington establishment.