Home / WORLD / Choose between heating and eating: It’s IMMORAL to reduce Universal Credit ahead of winter

Choose between heating and eating: It’s IMMORAL to reduce Universal Credit ahead of winter 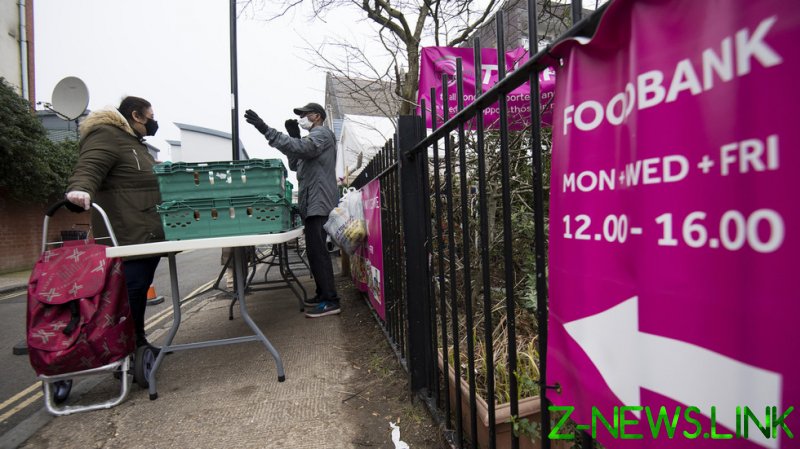 The British government has placed itself in an unenviable position: it can either stick with the Tory principle of economic prudence, or it can be seen to be throwing the most vulnerable in society to the wolves. Indeed, the Independent Food Aid Network, which is a network of over 500 food banks, has warned they are bracing for “what looks set to be the busiest and most difficult winter on record”, blaming, amongst other things, the overnight reduction of £20 ($27.50) per week in Universal Credit.

Even two Conservate MPs, Peter Aldous and John Stevenson, have written to the government and called for the £20 increase not to be reversed and instead made permanent. In the letter they wrote that they were “alarmed to see the government unwilling to heed the widespread warnings that are coming from all quarters” about the proposed reduction’s impact on living standards and argued that the increase was “one of our best legacies from the pandemic.” Even Iain Duncan Smith, the former Tory leader and the creator of Universal Credit, has argued for the uplift to be maintained.

Prime Minister Boris Johnson seems, however, to be determined to see through the reduction, regardless of the warnings. He argues that the recovery from the pandemic must be “jobs-led”, rather than focusing on welfare. He said that his “strong preference is for people to see their wages rise through their efforts rather than through taxation of other people put into their pay packets, rather than welfare.”

I agree with the PM, but the problem with this argument is that the majority of people who are affected by the £20 reduction in Universal Credit are already in jobs and are receiving in-work benefits. Creating more jobs is all well and fine, but they should not be poorly paid jobs where people are having to rely on Universal Credit to top up their wages.

There is, however, no getting away from the fact that this is a tricky issue. The Covid-19 pandemic and the lockdowns have forced the government to borrow around £300 billion ($412 billion) over the past two years. This money has funded the furlough scheme, business grants and the increase in Universal Credit, amongst other things.

However, this is borrowed money and it will have to be paid back. Taxes will inevitably have to rise, and steps have already been taken to make budget cuts, including in overseas aid. It therefore seems rational that the increase in Universal Credit, which was, after all, only temporary, should be withdrawn. This is the economic case.

Yet, beyond the economics is the politics. Johnson also needs to consider both the changing allegiances of the British electorate and the political arithmetic before he acts. Polls consistently show that more working-class people have been voting for the Conservative Party than they have been for Labour in recent years. Indeed, Johnson only won his stonking majority in 2019 because many northern working-class constituencies, which have in the past voted Labour, turned to the Conservatives.

For many, this is a fork in the road moment for the Conservatives. If poor people are seen to be bearing the brunt of the costs of the pandemic, and the wealthy are seen to be getting off relatively lightly, then many of these Red Wall voters will abandon the Tories as quickly as they embraced them. After all, I would argue, they only ever lent the Conservatives their votes anyway, and are carefully watching to see if all the promises to “level up” the economy and provide money for the North were truth or more Boris bluster.

In my opinion, there has to be some middle-road found between the economic argument, the political reality, and just plain common decency. Firstly, I think that it is immoral to reduce Universal Credit at the start of winter, a time when the poorest in society sometimes have to choose between heating and eating. Secondly, why not agree to staged reduction starting next spring, so people are not hit in one go? That would be equitable and fair, and more importantly for Johnson, it would allow him to continue to argue that he has the backs of the working classes. So go on Boris, drop the dogma, put people before economics, and extend the £20 increase, at least for the winter.