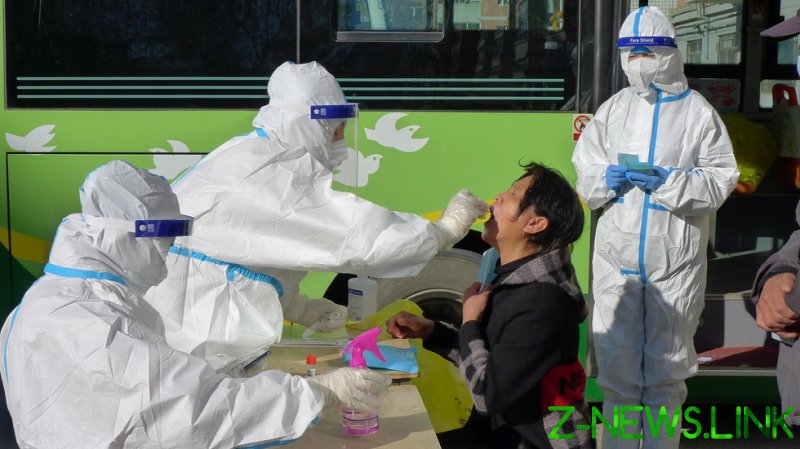 The city of Heihe, far in China’s northeast along its border with Russia, said it would shell out 100,000 yuan ($15,642) to locals who provide “important clues” about the origin of the recent delta variant outbreak, which has resulted in some 240 cases as of Monday, according to Chinese state media.

“It is hoped that the general public could actively cooperate with the tracing of the virus and provide clues to the probe,” city officials said in Monday’s announcement, adding that “it is necessary to fight a people’s war for epidemic prevention and control.”

The Heihe government also called on residents to report “other suspicious clues that may be related to the spread of the virus,” including illegal hunting, cross-border fishing and smuggling, while threatening punishment for “those who deliberately conceal or refuse to provide true information” to contact tracers.

In addition to Heilongjiang province, which encompasses Heihe, new outbreaks have also been seen in Henan, Beijing, Gansu and Hebei in recent weeks, prompting local and provincial governments to intensify contact tracing and impose new restrictions in line with China’s general zero-Covid policy. In the central province of Henan, officials vowed this week to contain and eradicate a new flare-up by November 15, with its party secretary Lou Yangsheng calling for the “monitoring and management” of all inbound visitors and “strict Covid-19 policies in schools,” among other measures.