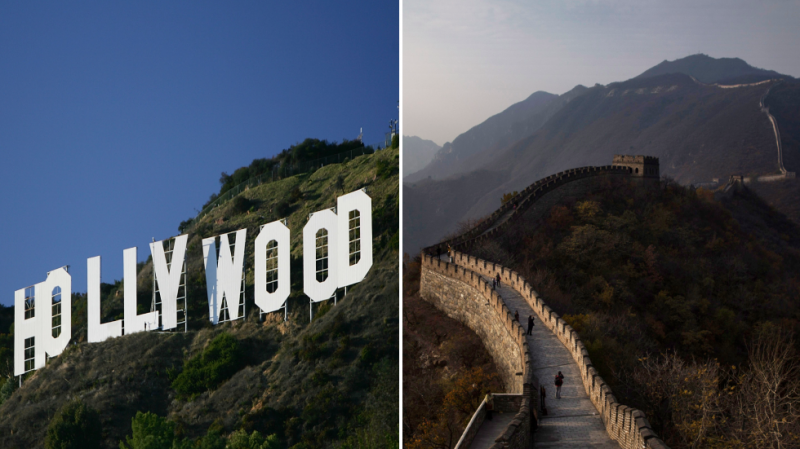 The two global gold standards when it comes to open-mindedness and tolerance for diversity of opinion have always been Hollywood and China.

Like Sauron and Saruman’s two towers in Tolkien’s Lord of the Rings, Hollywood and China are monuments to artistic freedom and freedom of expression, at least I think that’s what the two towers stand for, since I’ve never actually read the book or seen the movie because of my egregiously short attention span and intellectual laziness.

China has long had an informal list of rules and requirements, or as I prefer to call them, “right-think guidelines,” that its entertainers must follow in order to stay in the good graces of the totally non-totalitarian government.

Recently, the Chinese Association of Performing Arts made these informal rules official so that performers can better “self-regulate” and avoid punishments that could include a lifetime ban.

As a resident of the People’s Republic of La La Land, I believe that Hollywood should boldly follow this shining example and make their unofficial right-think rules official, so that the crucial cultural trait of artistic “self-regulation” becomes more efficient and effective here in America.

China’s rules, such as its demand that performers “ardently support the Communist Party’s line, principle and policies,” and that they become an “art worker for the new era… by using literature and art to serve the people and socialism” are conveniently very adaptable to Hollywood.

For example, Gina Carano just got fired from The Mandalorian for allegedly equating woke cancel culture with the holocaust, while her co-star Pedro Pascal committed the same exact crime but over Trump’s immigration policy with no consequences. Obviously, Carano is a wrong-think hate criminal, and I say good riddance to her and to her free speech… oops… I mean hate speech!

And as evidenced by Hollywood’s endless cavalcade of insipidly sub-par yet gloriously diverse virtue-signaling movies and TV shows, art and entertainment has thankfully already been thoroughly transformed into a conformist cultural propaganda machine, and thank God for that… or how else would we know the right thing to right-think?

China’s rules also demand that celebrities should “guide minors to establish the right kind of values and actively resist uncivilized behavior,” which is perfect for Hollywood since it has a very long and rich history of guiding and grooming minors that speaks to the industry’s uniquely affectionate and insatiable love of children.

To be blunt, some of China’s rules simply won’t translate to Hollywood… except in reverse. For instance, China bans obscenity, pornography, gambling, drugs, drunk driving and “endangering social morality” for its performers, whereas those things are basically mandatory in Hollywood.

Another Chinese rule that won’t make the cut here is the ban on lip-syncing at live performances. China deems it “deceptive,” but if America bans lip-syncing then 97 percent of pop stars will be unemployable except maybe as prostitutes… but I repeat myself.

The rest of the right-think rules for working in Hollywood are quite obvious but a bit different from China, so I will state them clearly here.

First off there is the ‘diversity/inclusion lack of responsibility’ rule, which states that if a female filmmaker’s movie is terrible, it’s because of misogyny, and if a black director’s movie is bad it’s due to systemic racism.

Speaking of diversity, every commercial, no matter the product, must always feature either a person of color, or a bi-racial couple, or a gay couple, or best of all a bi-racial gay couple. Every. Single. One.

Also, and I cannot emphasize this enough, cis-gendered actors CANNOT play trans characters. EVER. And straight actors cannot play gay characters. Basically straight actors, particularly the white ones, aren’t allowed to act anymore. But gay actors can play straight characters and trans actors can do absolutely anything because we must honor, respect and worship them.

There’s also the Meryl Streep rule, where artists are wholly encouraged to bravely speak up but only when they know everyone in Hollywood agrees with them and it costs them absolutely nothing.

Some may think these right-think rules are dictatorial, totalitarian and draconian, but those people need to be silenced, canceled and disappeared. The truth is that Hollywood is a bastion of free expression, just as long as that free expression strictly conforms to woke ideology.

For example, Hollywood proudly permits all sorts of vacant, vacuous and vapid virtue-signaling around the topics of race, LGBTQ and feminism or any other wokefully acceptable issue. But if some too-smart-for-their-own-good performer dares to malign or denigrate the corporate hand that feeds, or targets American empire or militarism, or challenges the actual power structure in America, namely the military industrial complex and Israel, I promise you Hollywood will get medieval on their ass.

In conclusion, Hollywood should courageously follow in China’s noble footsteps (or is it bootsteps?) regarding enforcement of right-think, because as we all know, artistic “freedom is slavery,” and “ignorance is strength,” which means Hollywood is filled with the strongest people in the world.