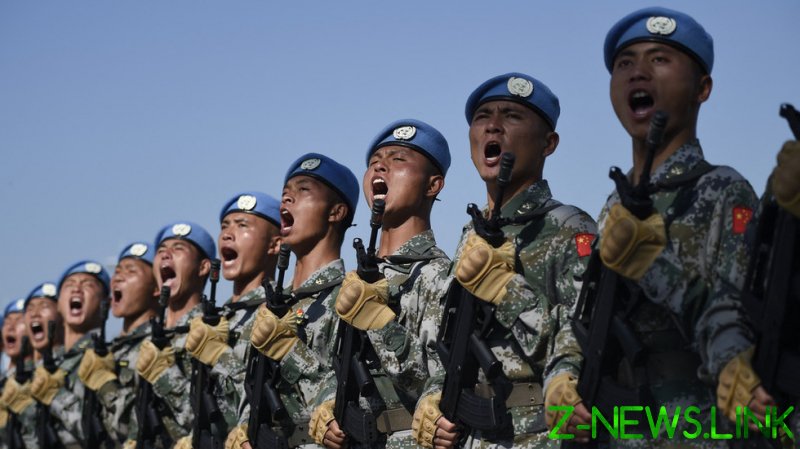 China’s Eastern Theater Command has issued a strong warning to the country’s “enemies” amid ongoing tension over the potential visit of US House Speaker Nancy Pelosi to Taiwan.

The Command released a video on Monday, as China marks the anniversary of its People’s Liberation Army (PLA). The video, featuring footage of various drills and military units, urges the solders to “stand by in battle formation, be ready to fight upon command, bury all invading enemies.”

The threat was further amplified by Yi Cao, a hawkish ‘wolf warrior’ Chinese diplomat, who posted the message from the Command on Twitter. The diplomat also reiterated the warning made last week by Beijing over Pelosi’s rumored visit. “FM warns US again not to send Speaker Pelosi to Taiwan: Playing with fire will sure set yourself on fire!” the diplomat tweeted.

The hawkish rhetoric comes amid Pelosi’s rumored impending visit to Taiwan, which has not been officially confirmed yet. According to the latest reports by local media outlets, the speaker may arrive to the island on Tuesday and hotel reservations for her and her crew have been already made.

Taiwan has been self-governed since 1949, after China’s nationalist government fled to the island following its defeat in the civil war. Beijing considers the island an integral part of the country’s territory.

While agreeing with Beijing’s ‘One China’ policy on paper, Washington maintains strong unofficial ties with Taiwan, engaging in close military cooperation with the island nation. Beijing launched a large-scale exercise near Taiwan as Pelosi departed for Hawaii last weekend, ultimately heading for several destinations across Asia.

The public list of destinations for her tour did not include the island. Some Chinese media outlets have suggested Pelosi could ultimately use “emergency excuses” to pull off touching down on the island without making her visit official.