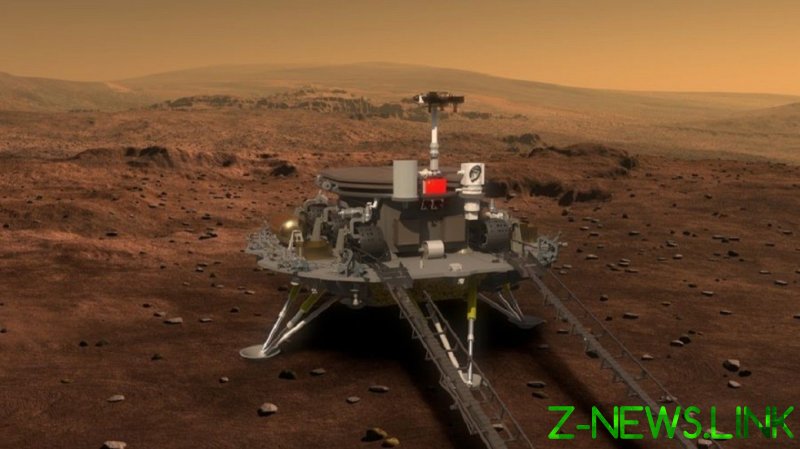 The start of the new phase of the Tianwen-1 mission was reported on Saturday by the China National Space Administration (CNSA). The telemetry data indicates that the Zhurong rover’s wheels touched Martian soil at 10:40am Beijing Time (2:40am GMT), the space agency said.

The mission, which was launched in July 2020, includes an orbiter, lander, and rover. The ground vehicles touched down in Utopia Planitia, a vast 3,300km (2,050 mile) diameter impact basin, on May 15. The CNSA released the first surface images captured by the robotic explorer on Wednesday.

The Chinese rover is relatively small, measuring around 1.8 meters (6ft) tall and weighing 240 kilograms (530lb). It carries six scientific instruments and will study the planet’s surface soil and atmosphere.

Tianwen-1 was one of three missions that reached the Red Planet in February, having used the same launch window. US rover Perseverance landed in Jezero Crater in mid-February, while UAE’s Al-Amal mission will remain in orbit, studying Mars’ atmosphere remotely.

Another NASA Mars rover operation is Curiosity, which landed in 2012. The US stationary surface mission InSight remains active as well, more than two years after its landing in November 2018.