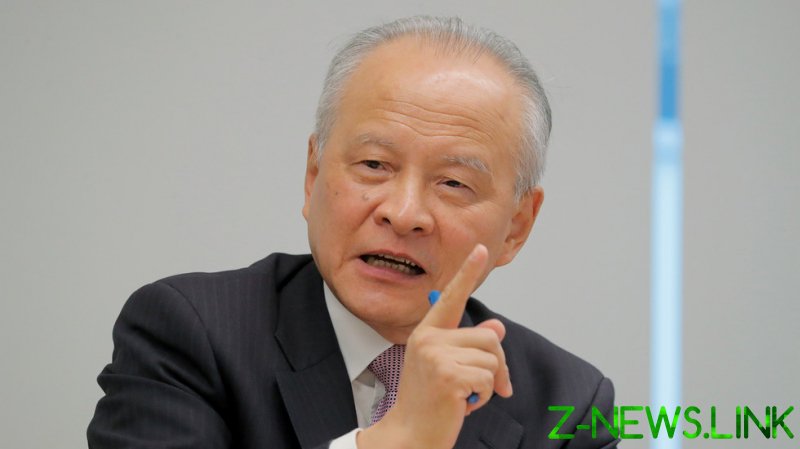 The US is facing a “choice between cooperation and confrontation” as it goes through a “new round of restructuring in its government policy towards China,” Cui warned in his letter on Tuesday, according to the South China Morning Post.

He added that “overseas Chinese in the US have to shoulder a greater responsibility and mission.”

“I hope you will defend your right to be in the US and to develop your own interests, with the starting point of helping to safeguard the fundamental interests of the people in China and the US,” he wrote.

Relations between the US and China have deteriorated over the years, with former President Donald Trump making the Chinese government a near-constant target, whether it was over trade negotiations or the Covid-19 pandemic. The Biden administration has not seen relations grow much, with the current president being nearly as critical and pushing for a stronger stance from other nations.

Before delivering his farewell letter, Cui met with Russian ambassador to the US Anatoly Antonov and the two discussed relations between the countries. Antonov briefed his colleague on the US-Russia summit held in Geneva days earlier.

Antonov revealed he even asked for advice from his “friend” Cui on the state of affairs between the US and Russia, which have also faced struggles.

Antonov praised the relationship between the two countries, saying, “No one will be ever able to drive a wedge between us because Russia and China have a strategic partnership and friendly relations.”

Cui has been in his position for eight years, and he is expected to be replaced by China’s Vice Minister of Foreign Affairs Qin Gang.