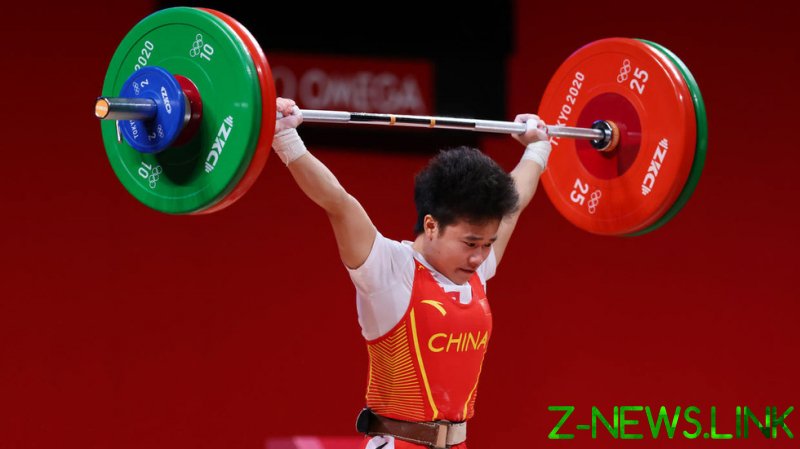 In her maiden Olympic win, Hou twice broke the record in the snatch category, while her final lift of 116kg in the clean-and-jerk section was a new Games best – as was her overall total of 210kg. This was three kilos shy of her own world record.

The 24-year-old phenom also holds the world record with 96kg in snatch, which she did not attempt in Tokyo. Her two lifts in the category on Saturday were 92kg and 94kg respectively.

Athletes are allowed three attempts in both Olympic lift categories. Their best lift in each is combined to determine their overall total. In order to register a total, athletes must successfully attempt the snatch before proceeding to the clean-and-jerk.

Hou’s victory could signal a lifting gold rush for China, which took home the most weightlifting medals at the Rio Games in 2016 and has sent a full quota of four men and four women to Tokyo.

Earlier in the day, China’s Yang Qian had scooped the first gold medal of the Games in the women’s 10-metre rifle competition.

In their Olympic debuts, Indonesia’s Windy Cantika Aisah took the bronze while US medal hopeful Jourdan Delacruz of the US failed to register a total.