China wants to ‘emulate Taliban’, Taiwan claims, vowing to defend itself from Beijing 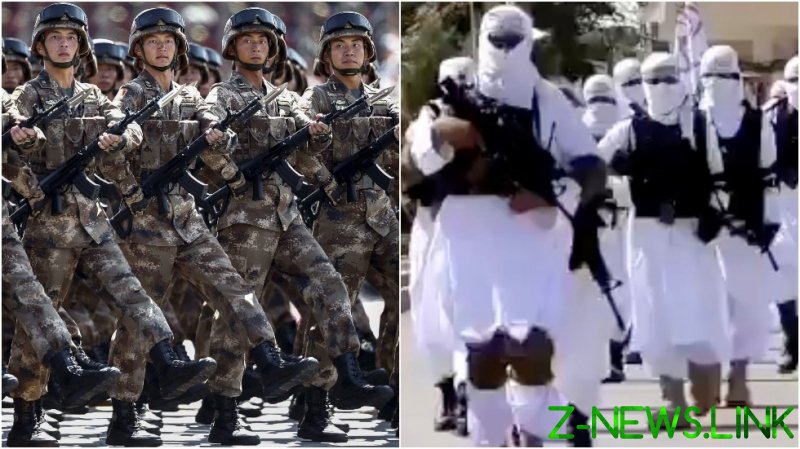 The rapid fall of the Afghan government amid the withdrawal of US forces from the country has made a strong impression on officials in Taiwan, which has been increasingly relying on Washington’s support in its push for independence from Beijing. State media in China insisted that the events in Afghanistan are “a lesson” for Taiwan, that the Americans can’t be trusted and they will eventually abandon Taipei just like they did Kabul.

The US State Department addressed those concerns on Friday, with spokesman Ned Price insisting that Washington still considers peace and security in the Taiwan Strait essential for stability in the whole of the Indo-Pacific region. “Events elsewhere in the world – whether that’s Afghanistan or any other region – aren’t going to change that,” he said. Price also underlined the US commitment to deepening ties with Taiwan, while also urging Beijing to “cease its military, diplomatic, economic pressure” on the island.

Foreign Minister Wu took to Twitter on Saturday to thank Washington for “upholding the wishes and best interests of the people of Taiwan.” According to the minister, they include “democracy and freedom from communism, authoritarianism and crimes against humanity,” which he associated with Beijing.

“China dreams of emulating the Taliban, but let me be blunt: We’ve got the will and means to defend ourselves,” Wu said without elaborating.

Taiwan would apparently be defending itself with US-made weapons, as Washington remains the largest arms supplier to the island of 23.5 million. The White House maintains unofficial ties with Taipei despite recognizing Beijing as the one legitimate authority in China since 1979.

Beijing, which views Taiwan as a breakaway province and part of its own sovereign territory in line with the ‘One-China Principle’, has not yet reacted to the comparison with the Taliban drawn by Wu.

Taiwan has been ruled by descendants of the Chinese nationalists who fled to the island after defeat in the civil war on the mainland in 1949 and declared it the Republic of China (ROC) in exile, seeking self-governance.

China has warned that the island’s push for independence could result in a military conflict between the sides. It also decried Washington’s contacts with Taipei as interference in its internal affairs that only escalate the situation in the region.

In recent months, Taiwan has complained about increased Chinese diplomatic and military pressure, including repeated air force and navy drills near the island’s shores.