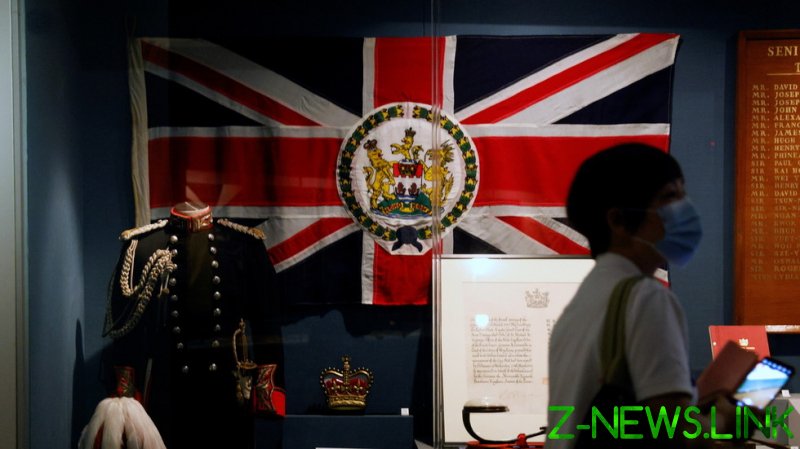 The Chinese ministry’s Hong Kong office said Britain should “immediately correct its mistakes” regarding the visa policy. China’s Foreign Ministry in Beijing also said that it reserves the right to take “further reaction.”

The statements came after London confirmed on Thursday details of its citizenship offer for almost three million people with British national (overseas) status in its former colony.

This would be the first step towards earning the right of abode in the country and to full British citizenship.
The new visa scheme could allow more than one million people from China’s Hong Kong Special Administrative Region (HKSAR) to move to Britain in the next five years. They may work and study, but “won’t be able to access public funds such as social welfare benefits.”

Applications will open on January 31, 2021, the UK Foreign, Commonwealth and Development Office said.

British Home Secretary Priti Patel said back in July that China’s national security law for Hong Kong, which reignited protests in the city, had breached the Sino-British Joint Declaration and “could not be ignored.”

The law introduced harsher punishments for offenses like insulting China’s national symbols, attempting to break away from the country, and using violence to intimidate people in order to further a political cause.

The Chinese embassy in Britain warned in July that Beijing firmly opposes the offer to provide more privileges for Hong Kong residents and reserves the right to take measures.

The HKSAR government earlier also urged London to stop interfering in its affairs.