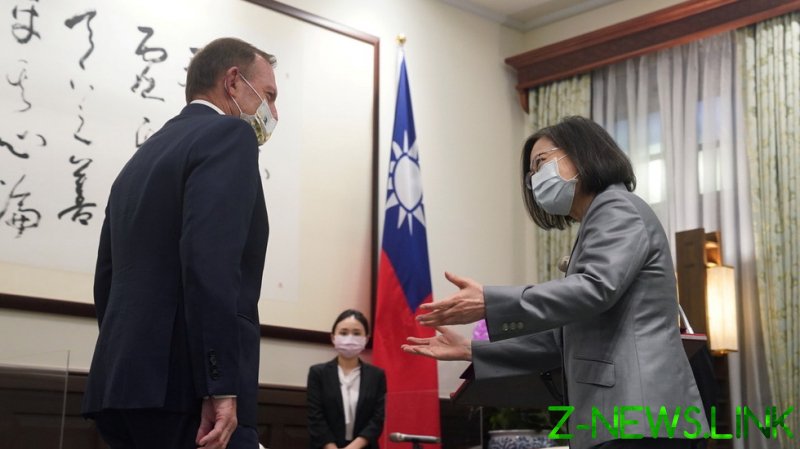 Speaking at a routine press conference on Monday, Chinese Foreign Ministry spokesman Zhao Lijian called on Canberra to re-evaluate its relationship with Beijing in light of ex-PM Tony Abbott’s visit to Taipei.

“We advise individuals in Australia to abandon the Cold War mentality and ideological prejudice, respect basic facts, view China and China’s development objectively and rationally, and stop making irresponsible remarks,” Zhao stated, adding in a diplomatic term of art that the country was lodging “solemn representations” of its position on the matter.

The foreign ministry spokesman contended that Abbott had grossly interfered in Chinese internal affairs by visiting the island and accused him of using his political interests to instigate confrontation between Beijing and Canberra.

Zhao described Abbott’s comments to his Taiwanese counterparts as “ridiculous,” stating that the former PM was “completely confusing black and white while reversing right and wrong.”

Any attempt to promote the “China threat theory” as well as the slander of Chinese affairs is “very immoral, extremely irresponsible, and destined to be unpopular.”

Abbott, who visited Taiwan last week, called on nations to be ready for a conflict induced by Chinese aggression. He also suggested that any escalation over Taiwan could divide the world into two camps, “democracies versus dictators.”

The London-born ex-Australian PM who now occupies the role of Special Envoy for Indigenous Affairs said China is bringing the world closer to conflict by engaging in increasingly aggressive grey-zone activities.

Abbott stated that Australia’s polite request for an impartial inquiry into the origins of Covid-19 was the cause of the deteriorating relations between Canberra and Beijing. “But things weren’t always this bad; and even now, need not go from bad to worse,” he noted.