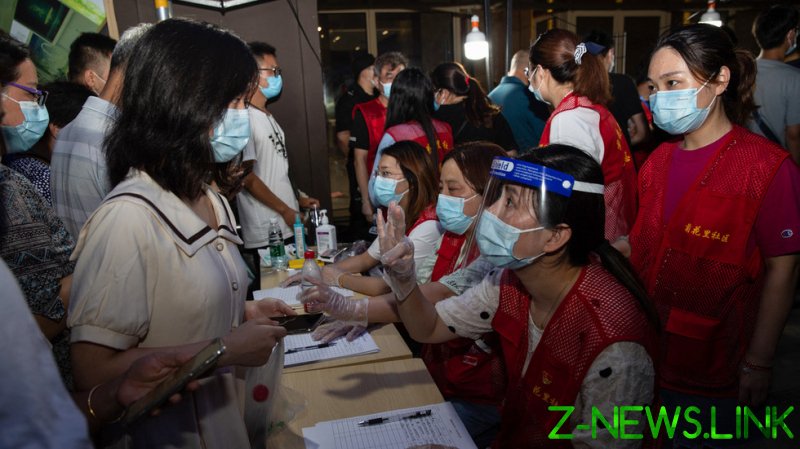 China’s National Health Commission reported 76 new cases on Monday, including 40 that were locally transmitted. It was the highest daily increase since the end of January, according to Reuters.

Officials said that 39 of the locally transmitted cases were recorded in the eastern Jiangsu region, out of which 38 were in Nanjing, the provincial capital of 8.5 million, and one in Suqian. Dozens of cases were previously linked to Nanjing’s Lukou International Airport.

After the world’s first Covid-19 outbreak was recorded in China last year, the country largely managed to control the spread of the virus through mass testing, rigorous contact tracing and strict lockdowns.

Authorities have since been busy fighting small clusters of infections, like the one seen in the hotspot of Ruili, a border town close to Myanmar, that went into a lockdown this month.

To contain the outbreak in Nanjing, a second round of mass testing was launched on Sunday, Yang Dasuo, deputy director of the city’s health commission, said. Other measures have also been introduced, including mandatory temperature checks.