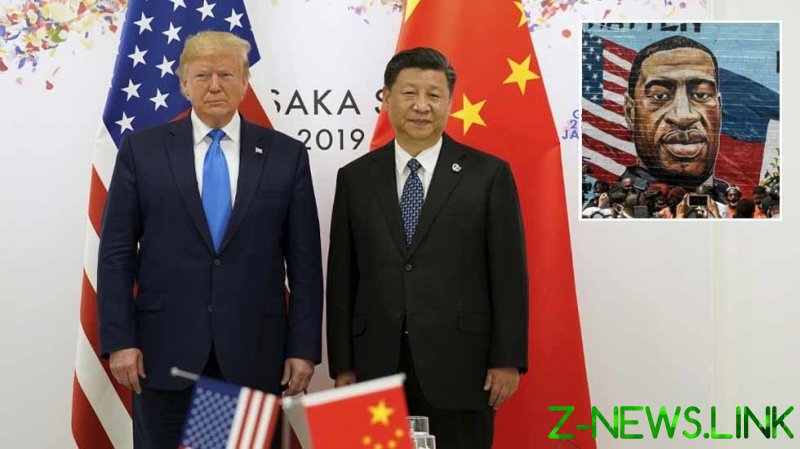 Zhao blasted US allegations that Xinjiang products were made through the “forced labor” of detained Uighur Muslims, calling it the “biggest lie of the century.”

He also said it was “despicable” that similar practices had been reported in the US, referencing a Los Angeles Times article about female prisoners forced to work overtime to produce masks, without being offered protection themselves.

It follows the announcement on Wednesday that the US would impose a blanket ban on apparel and textiles made with Xinjiang-grown cotton, as well as tomato seeds, canned tomatoes, tomato sauce and other products from the region.

US Customs and Border Protection (CBP) said in a statement that it had issued a Withhold Release Order, allowing the authorities to seize the products at all US ports of entry.

In December, Congress passed the Uighur Forced Labor Prevention Act, which accepts that any goods from Xinjiang are made with forced labor through a system of mass internment camps, and are therefore banned.

Chinese-US relations have deteriorated significantly under President Donald Trump, who has lambasted the country’s response to the Covid-19 pandemic, as well as authorizing numerous trade sanctions and visa bans on members of the Chinese Communist Party.