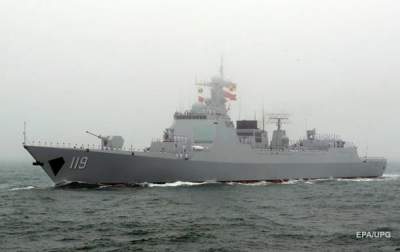 The Chinese Navy have 20 powerful ships of the 052D.

It is argued that at present the Chinese Navy have 20 powerful ships of this type. 11 of them are already adopted, others are being tested or the equipment.

Some experts compare the Chinese warships 052D destroyers with destroyers of the US Navy Arleigh Burke class, however, the American ships with similar dimensions, more powerful and have better features. So, cruising range Arleigh Burke reaches 4.4 thousand nautical miles at a speed of 20 knots. The Chinese destroyers, these figures amount to 4 thousand miles and 15 knots, full displacement – 7500 vs 9800 tons Arleigh Burke.

See also:  In the United States have tightened requirements for refugees

As stated by the Hong Kong military analyst song Zhongping, a Chinese Navy relies on the modernization of the fleet and the gradual withdrawal of the obsolete ships of the type 051, 053, as well as small anti-submarine ships of the project 037.

We also know that China has four of the latest large fleet destroyers of project 055 guided-missile weapon. Built some more ships of this type – the largest of its kind in Asia. They are to become the main strike force escort carrier battle groups that will be formed in China in the coming years.

See also:  Seat has launched a new model in the sky