China hits back at reports of widespread food shortages 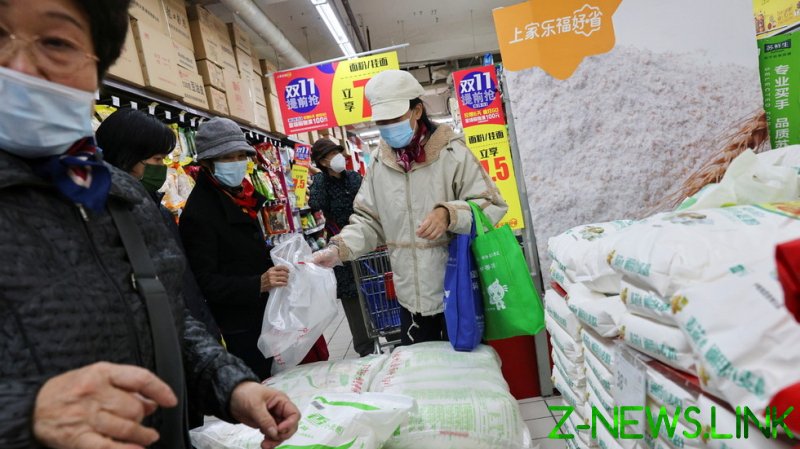 Speaking on Thursday, Tang Ke, director general of the Department of Market and Informatization under the Ministry of Agriculture and Rural Affairs, told reporters that the public should not fear food shortages.

Reassuring people that food shortages were not looming, the farm boss claimed vegetable production is “basically normal.” “The total supply is sufficient so consumers don’t need to worry,” he said.

Tang added that China is expected to deliver 750 million tons of vegetables this year, marking a 1% increase on last year, allowing it to provide citizens with 1.5kg a day per person.

While the price of spinach, lettuce and other leafy vegetables has increased because of extreme weather in recent months, Tang was confident that there are enough staple foods to go round.

According to Liu Lihua, deputy director at the ministry’s Planting Management Department, who spoke alongside Tang, China has enough wheat to meet demand for one-and-a-half years. “Even when the domestic Covid-19 epidemic was at its worst last year, there was an abundant supply of grain in supermarkets,” said Liu.

Liu claimed that rice and wheat crops increased this year, and that supply would outstrip demand. The deputy agricultural boss added that China processes enough rice noodles each day to meet the whole population’s consumption for two days.

Earlier this week, citizens were told to ensure that they had ample supplies of staple foods at home as the winter months draw nearer. However, in some parts of the country, the message prompted panic buying. According to reports, many netizens went to supermarkets to find shelves emptied, sharing their images on Weibo.

Some people were shamed by Chinese news agencies for taking the government’s advice slightly too far. Amid panic buying in Chongqing, Zhengzhou, Henan, Changzhou, Jiangsu, Qidong, and Bengbu, Anhui, some citizens bought as much as 600kg of rice.

The Bureau of Commerce has called on people not to hoard food products.