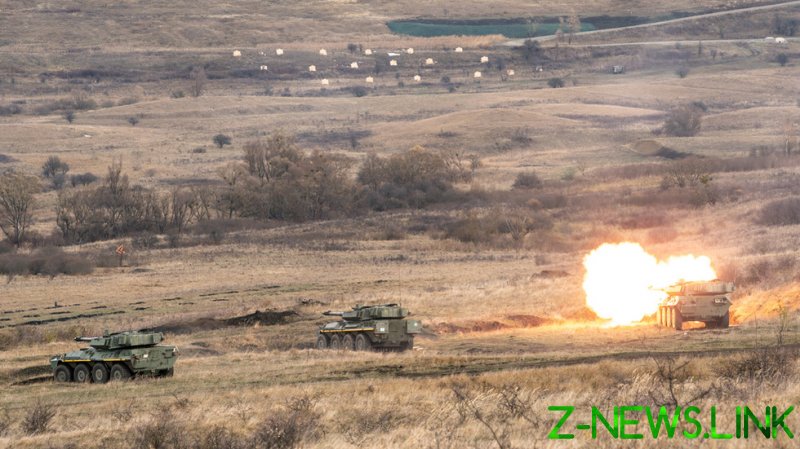 The incident happened during a night training exercise in the northern Italian province of Pordenone, local media reported. The stray shell landed directly on a henhouse at a farm in the Vivaro municipality, killing some animals and partially collapsing the shed.

The unlucky shot apparently came from one of the wheeled military vehicles belonging to the ‘Pozzuolo del Friuli’ Cavalry Brigade, which took part in a night exercise at the nearby Cellina-Meduna shooting range. The crew of the B1 Centauro for some reason turned its high-caliber gun – which is designed to pierce the armor of tanks and similar targets – away from the intended target area and towards the farm located on the outskirts of the town of Vivaro. According to an army statement, the location in question was evacuated before the maneuvers began.

Owners of the farm discovered the damage in the morning after the exercise. After a police report about the incident, the provincial public prosecutor ordered four tank destroyers impounded pending an investigation.

The Italian military confirmed that something at the training exercise went wrong and said they were conducting an internal probe of their own, pledging to cooperate with the civilian authorities.

Needless to say, the “Massacre of chicken in Pordenone”, as some outlets called it, made the Italian army target of some mockery on social media.