“Chemist” badly outplayed “Kyiv-basket” and became the champion of Ukraine 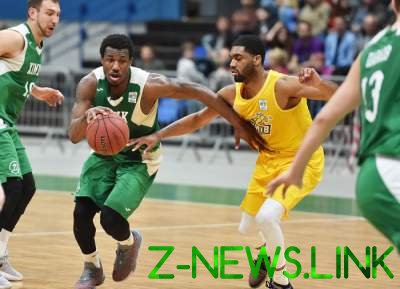 In the third match of the final series, the key was the third quarter, during which Khimik played the 11-point gap and managed to get the lead before the decisive 10-minute. It is worth noting that the game, the visitors turned without their head coach Vitaly Stepanovski, which before the break, received two technical fouls and was removed from the bench.

At the end of the match “Kyiv-basket” reduced the gap from 10 points to just 4, but at the crucial moment the owners allow Edwin to win two rebounds in a strange shield – American scored 4 easy points and took all the questions about the winner of the third game of the final.

“Chemist” became the third club in the history of the championship of Ukraine, “Budivelnik” and “Azovmash” with at least three titles. The club from the South have dominated the super League in 2015-2016, and has now regained its status as the strongest club in the country.

The most valuable player of the championship of Ukraine became an American defender of “Chemist” Deon Edwin. Individual awards were also received Christian Jones (“the Chemist,” best center), Sergei Pavlov (“the Chemist,” the best power forward) and Paul Kratos (“Kiev-basket”, the best forward).