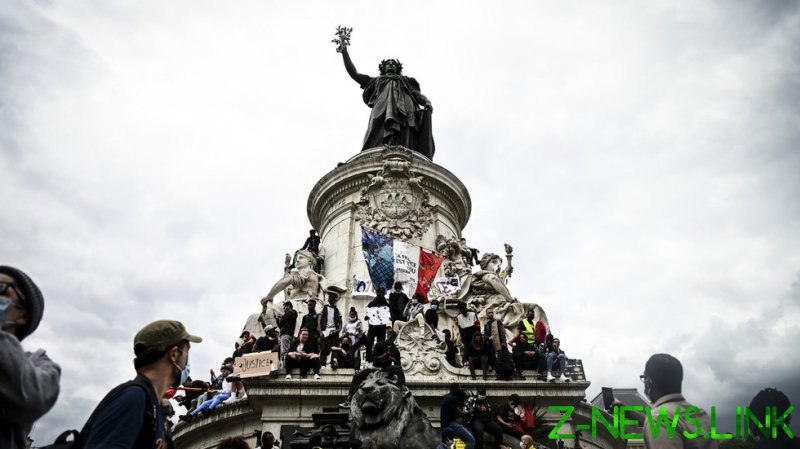 The publication, known for its no-holds-barred approach to satirical cartoons, has called on the French people to show up on Sunday in the iconic Paris Place de la Republique square. The protest is being organized in league with the French teachers’ union and freedom groups, Charlie Hebdo said.

The rallying call comes in response to Friday’s killing of a schoolteacher, which President Emmanuel Macron called an act of Islamic terrorism. The victim, identified by local media as Samuel Paty, was killed and beheaded by a Moscow-born 18-year-old ethnic Chechen man, who arrived in France as an asylum seeker. The murder was reportedly in retaliation for the victim having shown cartoons depicting the Prophet Mohammed to his students during a freedom-of-speech lesson.

Charlie Hebdo headquarters was targeted in a deadly raid in 2015. The attack was launched by a group of radical Islamists, who were offended by its reprinting of 12 cartoons of the prophet, originally published in the Danish newspaper Jyllands-Posten in 2012. The French magazine reprinted the same images again earlier this year in a special issue marking the beginning of the trial of the perpetrators of the 2015 raid.