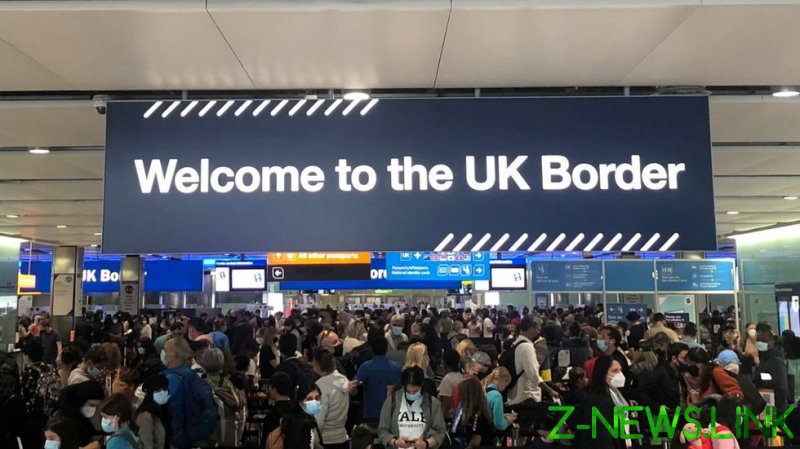 Travellers at Heathrow Airport have repeatedly experienced such conditions since the start of the Covid-19 pandemic, as the limited number of staff working are unable to cope with those at the border.

Social media users posted photos of the chaos at Terminal 5 on Friday, with some Brits reporting queue times as long as five hours.

One man even reportedly fainted during the chaos.

Heathrow Airport responded to complaints by claiming that the delays were due to Border Force conducting “Health Measure Checks to ensure passenger compliance with the UK Government’s latest entry requirements.”

The airport did not address the lack of social distancing and lengthy, packed queues, however, which posed a coronavirus risk to thousands of airline passengers.

On Saturday morning, travellers at Terminal 5 reported on social media that the queues had died down.

It was not the first time that Brits documented chaotic and unsafe scenes at Heathrow Airport during the Covid-19 pandemic.

According to local media, at least eight other incidents of long queues, crammed crowds, and a lack of access to water and bathroom facilities have been recorded between May and September.

In December 2020 – just days before Christmas – hundreds of passengers were left stranded at Heathrow Airport as flights became overbooked with Brits trying to escape recently-announced Tier 4 coronavirus restrictions, which forced families to stay at home and away from loved ones over the holiday season.