Champions League: Liverpool FC – “Barcelona”. The announcement of the match 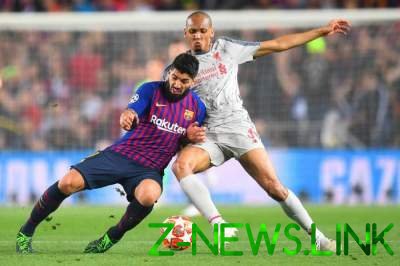 At Anfield, about midnight will determine the first finalist of the Champions League 2018-2019.

The first match a week ago at the camp Nou was very mixed, with Liverpool attacking activity was superior to Barcelona, but the three ball was in the gate of Liverpool and to score such an important goal away Mohammed Salah, and the company failed.

14 years ago “Liverpool” in the memorable Champions League final against AC Milan Andriy Shevchenko for some 25 minutes recouped from the account 0:3. Today, the team Jurgen Klopp will be as much as 90 minutes on a comeback. All anything, but for a home match they will be without two main attacking options Roberto Firmino is not ready to play due to injury, while Mohamed Salah in the last Premier League match against Newcastle having suffered a concussion.

See also:  The Davis Cup: Portugal took a 2-0 lead in the match with Ukraine

Barcelona last year in the playoffs of the Champions League have lost the advantage of three goals, losing 0:3 Roma in the return match of the 1/4 finals. At this time, the position of “blaugranas” more sustainable, as in the case of goals at Anfield Liverpool will have to score five goals. It’s hard to imagine that Messi, Suarez and company will not be able at least once to open the defense of the hosts. In General, the intrigue in this pair is more dead than alive.