Home / sports / Caravan and rotan can go to “Dynamo”

Caravan and rotan can go to “Dynamo” 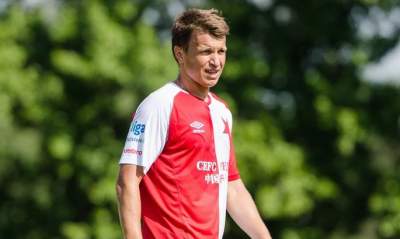 Vice-champion of Ukraine Dynamo Kyiv to sign two players of the national team of Ukraine.

The journalist of TV channel “Football” Igor Burbas reports that “Dynamo” was published in Prague “Slavia” with a proposal for 36-year-old Rotan, who moved to the Czech Republic in the summer of 2017.

Rotan in the summer of 2018 can become a free agent. This season, the veteran team of Ukraine in all tournaments t-shirt “Slavia” played 14 matches and failed to report effective action.

Another winter newbie “Dynamo” could become the leader of the “Zarya” Alexander Karavaev. Portal “Dynamomania” confirms the interest of the capital club to Shakhtar graduate, never played a single match for the first team.

Caravan in the summer following the deal for Ivan Petryak became a player of “Dawn” and signed a contract with the club until the summer of 2020.

Alexander Karavayev in the current season, has played 20 matches in which he scored 1 goal and provided 5 assists.