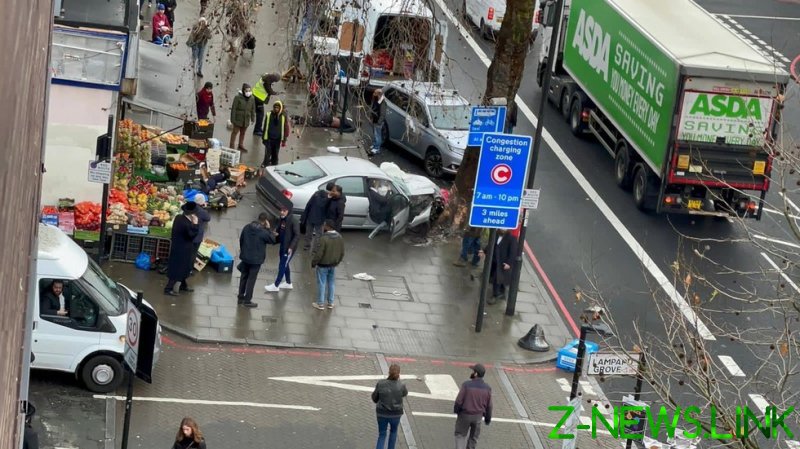 Emergency services rushed to the scene in north London and established a security cordon while treatment on the victims was under way. Four of the victims were taken to a major trauma centre, while another person was taken to hospital by a volunteer ambulance crew.

The incident took place shortly after 9:30am local time. Onlookers, many from the local orthodox Jewish community, gathered at the scene as police cordoned off a large area.

“A car is reported to have mounted the pavement and struck a number of pedestrians,” police said in a statement, adding that the condition of the injured remains unknown.

“At this early stage, this incident is not being treated as terror-related,” it added.

Images from the scene shared on social media show a car smashed into a tree near a busy pavement in Hackney, East london. So far no arrests have been made.