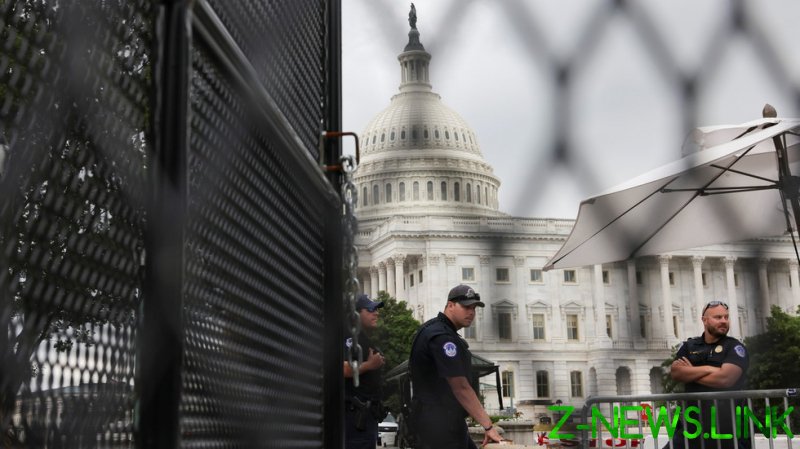 The lawsuit, filed Thursday, claims Trump, conservative strategist Roger Stone and “violent extremist groups” like the Proud Boys and Oath Keepers worked in conjunction to try to prevent Congress from certifying Joe Biden’s presidential victory through “through the use of force, intimidation, and threats.”

The suit holds nothing back in blaming the former president for the violence that ensued that day, as well as seemingly labeling him a racist, saying “racism and white supremacy pervaded” the defendants’ efforts. Five of the officers suing are black.

“As this lawsuit makes clear, the Jan. 6 insurrection was not just an attack on individuals, but an attack on democracy itself,” David Hewitt, president of the Lawyers’ Committee for Civil Rights Under Law, which is representing the officers, said in a statement. “It was a blatant attempt to stifle the votes and voices of millions of Americans, particularly black voters.”

The defendants, the officers argue, are responsible for them being “violently assaulted, spat on, tear-gassed, bear-sprayed, subjected to racial slurs and epithets, and put in fear for their lives.”

Trump and others’ conspiracy theories on the 2020 presidential election being stolen, they added, incited the mob of people gathered that day into action.

The then-president “refused to call off the attackers,” according to the suit, and “personally directed” rioters there. Trump did, however, warn against violence multiple times when the riot broke out and released a public message, telling any supporters of his to “go home.”

The complaint alleges that Trump, who spoke at a rally preceding the riot, and others are also responsible for inciting groups like the Proud Boys, as these groups had allegedly “demonstrated their propensity for violence.”

Trump has faced other civil litigation stemming from January 6, including lawsuits from Democrat lawmakers like Representative Eric Swalwell (D-California), accusing him of  “a campaign of lies and incendiary rhetoric.” He has continued to deny any direct involvement, and an attempt to officially impeach him for “inciting an insurrection” ultimately failed in the Senate before Trump handed over the presidency to Biden.

Capitol Police officers Sidney Hemby and James Blassingame also filed suit against Trump in March, blaming the former president for “physical and emotional injuries” stemming from the riot. They are each seeking tens of thousands of dollars in damages.