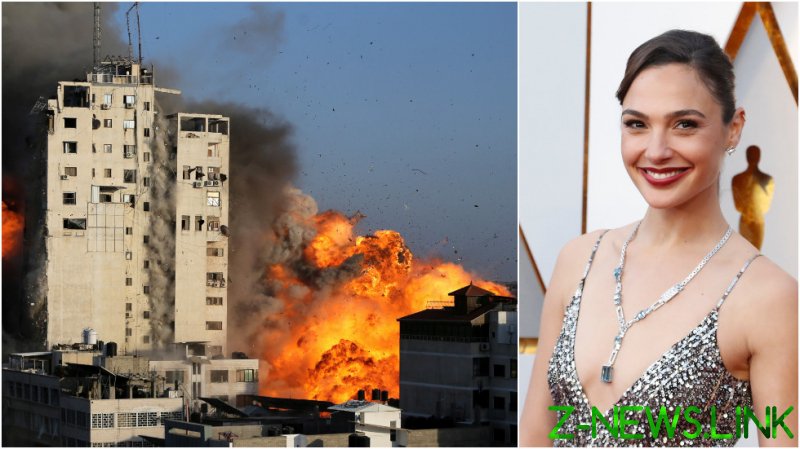 The ‘Wonder Woman’ star and former Miss Israel winner took to Twitter on Wednesday with a statement voicing hope that the “vicious cycle” of fighting would end, while arguing that Israel and its “neighbors” both deserve freedom and safety.

The actress soon met a wave of condemnation for the post, as many took her words to downplay the plight of Palestinians, observing that Gadot made no mention of the Israeli government’s “military occupation, land theft and ethnic cleansing.” Another critic noted that Gadot nowhere used the word “Palestinian,” instead referring to Israel’s “neighbors.”

The tweet also found support, however, with Ted Cruz, a Republican Senator from Texas and a long-time supporter of Israel, saying “God bless Gal Gadot” while sharing her original missive. Greg Price of the conservative Daily Caller, meanwhile, argued the outrage directed at Gadot’s “heartwarming message” came “because she’s an IDF veteran.”

Gadot’s plea for calm came on the third day of fighting between the Israeli Defense Forces (IDF) and Palestinian militants based in Gaza, which kicked off on Monday on the heels of intense demonstrations over planned evictions for Arab residents of East Jerusalem and harsh police crackdowns. So far, at least 67 Palestinians have perished in the fighting, including 16 children, according to Gaza’s Health Ministry. Israeli officials, meanwhile, say six citizens have died, among them one child.