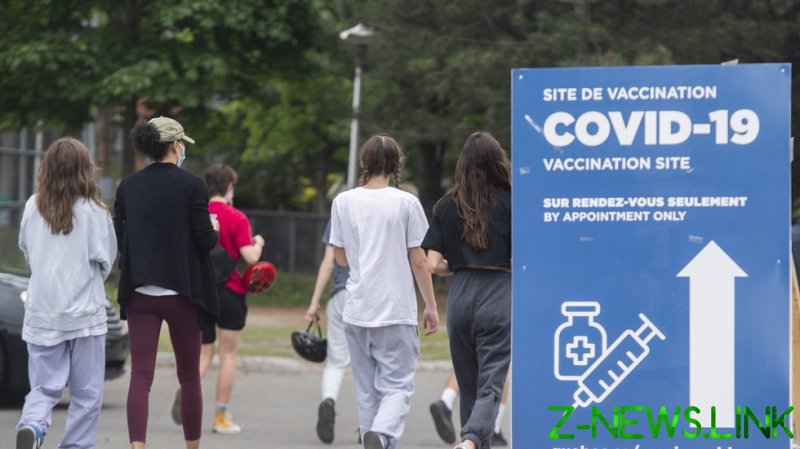 Officer Cadet Ladislas Kenderesi has been charged with “endeavoring to persuade another person to join in a mutiny” and “behaving in a scandalous manner unbecoming of an officer.”

Kenderesi was charged on May 12 by the Canadian Forces National Investigation Service in relation to an anti-lockdown rally in Toronto on December 5.

“An investigation was initiated shortly thereafter and the individual’s uniform was retrieved in December 2020,” the Canadian Forces said, as reported by Global News on Tuesday.

Footage of Kenderesi shows him taking to the stage at the event last year dressed in his military uniform and name badge, and addressing a crowd on a microphone.

He applauded those gathered for having the “courage” to come out and tell the government that “tyranny doesn’t rule over Canadians.”

He also referred to a Covid-19 “killer vaccine” with unknown side effects and called on active servicemen, truck drivers and others involved in the jab’s rollout not to assist the distribution efforts.

Kenderesi, who is a member of the Reserve Cadet Instructor Cadre in Ontario, is charged under the National Defence Act.

The charge against him is the first of its kind handed down by the Canadian Armed Forces in decades, according to the Ottawa Citizen.

A GoFundMe page set up to finance the officer’s legal costs said Kenderesi could face up to life in prison if convicted over the alleged offense.

However, local media citing defense sources have said such a severe punishment is highly unlikely.