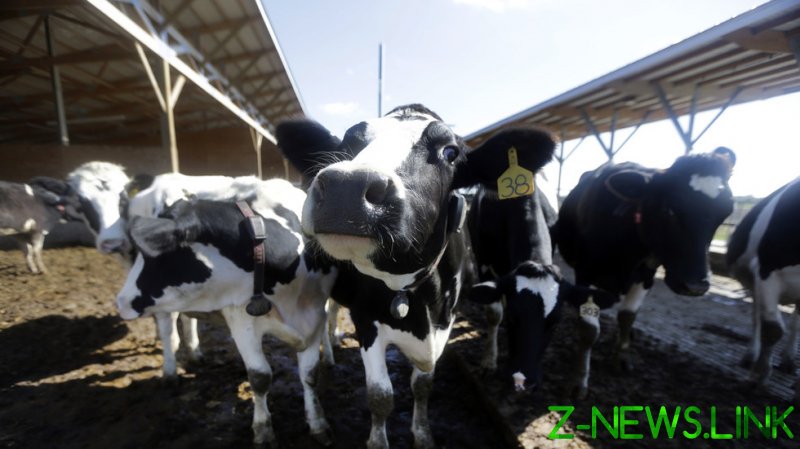 Canada’s high commissioner to the UK is determined to convince the overseas market to take Canadian beef, even though it’s treated with controversial growth hormones that currently make it illegal in the UK, he told Politico on Friday.

Commissioner Ralph Goodale insisted he would make the case for his country’s meat with “vigor and conviction” as the two countries worked to hash out a bilateral trade deal.

But while Canada, like the US, regularly uses hormones in animal farming, the UK hasn’t done so since it was part of the European Union, which it voted to leave nearly eight years ago and is still in some ways extracting itself from. Use of the drugs is controversial for animal welfare reasons as well as human health concerns.

Despite Goodale’s faith in Canadian beef, however, London says it will not compromise on its food standards – and it likely means what it says, given that the looming threat of “chlorinated chickens” from the US managed to turn a significant portion of the country against a trade deal between those two nations that was supposed to materialize after Brexit yet still does not exist.

But Goodale argued the UK’s resistance to hormone-treated beef is unscientific, and further warned that Ottawa could stand in the way of the UK’s accession to the Comprehensive and Progressive Agreement for Trans-Pacific Partnership, an 11-nation alliance of which Canada is a member, should that become necessary. Despite the apparent implication, he insisted he didn’t think one negotiation would be an “impediment” to the other, but admitted the possibility did exist.

Canada and the UK have been negotiating the trade deal since before Brexit, when the deal was supposed to be between Canada and the EU, and there is talk that Ottawa might try to squeeze more concessions out of London because of its relative size. However, Goodale says Canada wouldn’t think of the UK as a “weaker partner,” right before admitting that his country would be unlikely to give an inch on other matters, such as cheese imports.