Home / WORLD / Call me a luddite, but just imagine if Facebook, Instagram and Whatsapp all crashed at the same time…and nobody gave a damn

Call me a luddite, but just imagine if Facebook, Instagram and Whatsapp all crashed at the same time…and nobody gave a damn 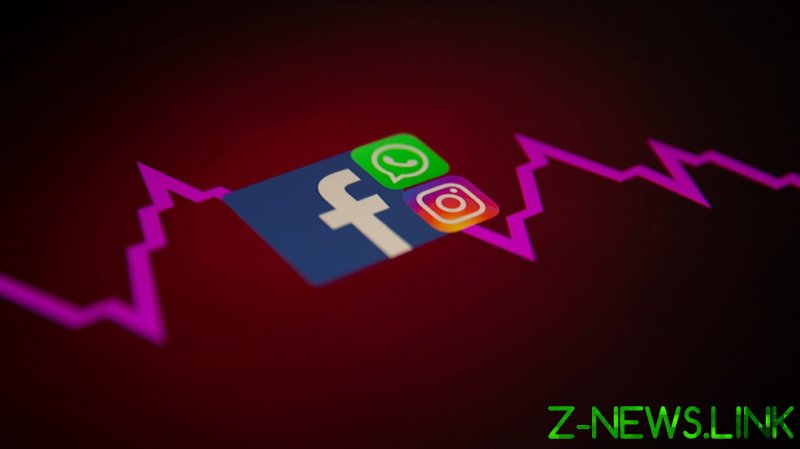 On Monday evening at 16.44 BST – a moment that will live in infamy – Mark Zuckerberg’s electric kingdom suddenly went dark. Millions of social media users were left perched precariously on the rocks overlooking serene sunsets, or languishing lonely over champagne and sherbet in some trendy cafe with not a soul in the world to share those selfies with. Yes, a remarkable tragedy, unprecedented in the annals of human history.

Let’s reflect for a moment, however, as to what our response would be to the person who falls into despair when deprived of a glass of brandy, scotch or whisky for six hours straight. The medical community would probably be of the unanimous opinion that that person, now suffering from severe withdrawal symptoms, may wish to enter a rehabilitation facility for immediate treatment.

Yet, when millions of people are suddenly deprived of the endorphin fix that comes with being ‘liked’, ‘shared’ and ‘followed’ for six tortuous hours on social media, with a collective response that is not much different from the alcoholic who is deprived of a vodka shot at closing time, then Houston we have a problem. After all, it’s not like people were suddenly deprived of the ability to communicate with one another on Monday evening.

Even as Mark’s World went into a dizzying tailspin, costing the Facebook founder a cool $6 billion in the process, the telephone lines remained fully operational. So it wasn’t communication per se that was the problem. Many people are still in possession of ‘landlines’ from antiquity, those clunky contraptions with twisty cords and rotary dials that youngsters born after the turn of the millennium have almost no comprehension of how to operate.

The dilemma facing mankind is that while tech-savvy humans are more connected than ever thanks to a variety of social media, people are becoming more antisocial than ever before. It’s almost as if we’ve so perfected the art of choosing the right emoji to express ourselves in every situation that the subtle art of conversation – a bit like sending a postcard from the beach – seems almost redundant and anachronistic.

Twitter, which remained gleefully online during the carnage, has also done its share of damage by conditioning people to bludgeon their opponents to a snarky death in 280 characters or less, thereby hastening the demise of calm, cool-headed reflection.

And when we aren’t machine-gunning emoji-filled outbursts, where cartoon faces make a poor substitute for verb structure, into the ether, we are starring in our very own Instagram moments. While there is nothing inherently wrong with such an activity (actually, there is, as studies have shown how the app is responsible for giving young girls severe complexes), what is the state of our collective mind when we can’t handle not filming ourselves – or watching others film themselves – in various social settings for A SINGLE EVENING?

Does anyone remember how to read a book anymore, or go for a walk? Speaking of which, how many people have tried to hold a serious conversation with those attention-deficit Millennials and Zoomers, whose interpretation of the Bible story where Eve presents Adam with an Apple© in the Garden of Eden looks like the best commercial ever conceived? How will this disconnected generation of imbeciles that mostly communicates with their peers through a computer screen handle itself when it comes to international diplomacy in an age of weapons of mass destruction?

In the 2006 cult film, ‘Idiocracy’, a soldier in the US Army, Corporal Joe Bauers, is accidentally sent 500 years into the future in an experiment gone awry. What Bauers discovers is a world where humans have devolved to the point where their intelligence is only slightly higher than those of the animal kingdom. In one scene, the ‘futurist’ attempts to speak to a receptionist at a hospital. But since people have almost entirely lost the ability to form intelligible sentences, the dialogue is reduced to a speechless affair where the receptionist relies on a series of illustrated buttons – each one indicating a different scenario – to express herself. It’s not difficult to see how the human race, increasingly opting for antisocial social media over interpersonal relationships, may be heading for such a future.

Yet, instead of having a serious conversation on the subject of our addiction to applications that seem to be actually hurting human relations, the world’s attention has turned to Mark Zuckerberg and how to punish the technocrat for ruining six hours of our precious lives. For many people, the answer comes down to taking a sledgehammer to his virtual kingdom, smashing it into bite-sized pieces. But such a move would do little to confront the real demons in our lives. The applications hindering human relations, and possibly even progress, will still be there, they just won’t be owned by one nerdy jerk anymore.

If this sounds like the rant of a Generation Xer who has fond memories of youth when ‘handheld devices’ were basketballs and footballs, and ‘social media’ happened on the asphalt of the local playground, I suppose it is. And while I am not so old fashioned not to carry around a cellphone, and communicate via a dozen distracting apps, there is a part of me that wonders if we as a human species are really better off thanks to these ubiquitous contraptions.

After watching the level of hysteria and insanity on Monday night following the brief outage, which could have given millions of addicted Facebook users a wonderful opportunity for ‘quality time’ with their attention-deprived kids, or some other worthwhile endeavor, like cracking open a dusty book, I have my serious doubts.