Home / WORLD / California lawmakers pass bill calling for guaranteed-income payments with no strings attached, 1st such state-funded plan in US

California lawmakers pass bill calling for guaranteed-income payments with no strings attached, 1st such state-funded plan in US 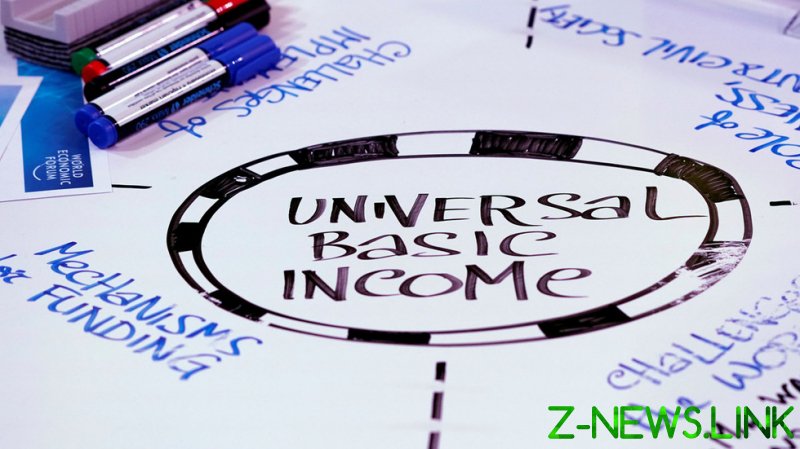 The state House and Senate passed the legislation unanimously on Tuesday. It would provide funding for monthly payments of between $500 and $1,000 to pregnant women and young adults who formerly lived in foster homes. The bill will become law, earmarking $35 million for the program in its first year, if Governor Gavin Newsom signs it as expected.

The idea of so-called universal basic income (UBI) has gained traction in recent years, with dozens of local governments around the nation experimenting with such programs. Former Democratic presidential candidate Andrew Yang helped bring attention to the concept with his proposal to give every American adult $1,000 every month, regardless of their employment situation.

Newsom adviser Michael Tubbs was formerly mayor of Stockton, California, one of the first cities to dabble with UBI. “Now there is momentum,” he said on Thursday. “Things are moving quickly. The next stop is the federal government.”

Unlike most public benefits, such as food and housing aid, there are no restrictions on how UBI money is spent. In California, the state Department of Social Services will decide on who gets the payments, and local social services officials will decide on the size of the checks in their areas.

California lawmakers also want to make sure that UBI recipients can tap any other government benefits that they need. The legislation passed on Thursday prohibits the UBI payments from being considered as income when determining eligibility for other public benefits.

The California bill was passed on the same day that US parents began receiving monthly payments from the federal government under a temporary expansion of the child tax credit. Eligible families will receive $300 monthly for each child under six and $250 per child between six and 17. Couples making as much as $150,000 annually and single heads of household making up to $112,500 can receive full benefits. Couples that make as much as $400,000 can get a $2,000 annual tax credit per child.

Tubbs and other proponents of the monthly tax-credit payments, such as Oakland Mayor Libby Schaaf, are calling for the checks to be made permanent as another form of UBI, rather than letting the payouts expire in December.

While the majority of commentators approved of the program, one critic of the California UBI plan lamented that the bill’s passage puts a “nail in the coffin for America as founded,” while others suggested that it might drive unemployment.