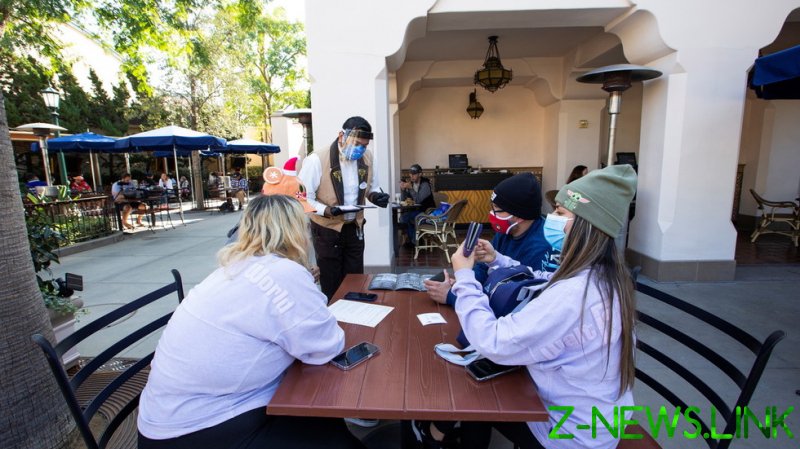 Chris Castleman, owner of the Fiddlehead Cafe in Mendocino, told NBC News the extra charges would be donated to charity.

“I don’t think $5 to charity is too much to ask from mask-wearing customers who claim to care so much about the community they live in,” he said. Masks, he continued, are “ineffective government measures” that have caused “collateral damage.”

Castleman had to shut down his business last June, when lockdown measures in California were much stricter than they are currently, and dining while masked was not an option.

The shutdowns hurt businesses, Castleman said, and “everyone wearing a mask is complicit.”

His imposition of a new ‘mask tax’ is in response to the Centers for Disease Control and Prevention’s recent updating of its guidance on wearing masks, which states that fully vaccinated individuals can cease mask-wearing and social-distancing.

Castleman has long been a critic of pandemic-era restrictions, and even introduced a 50% discount in March for customers who threw their masks in the trash.

“I don’t believe in mask-wearing,” he said, adding that his “customer base” is “strongly aligned” with his views, but others are “really angry” at the stance he has taken.

The proceeds from the extra charges he is levying are currently being donated to Project Sanctuary, an organization focused on alleviating domestic abuse in Mendocino County. A new charity will be chosen to receive the funds every two weeks.

Castleman made it clear that he did not “force” anyone to pay, however. “I give them the freedom of choice, which seems to be a foreign concept in these parts of the country,” he claimed.